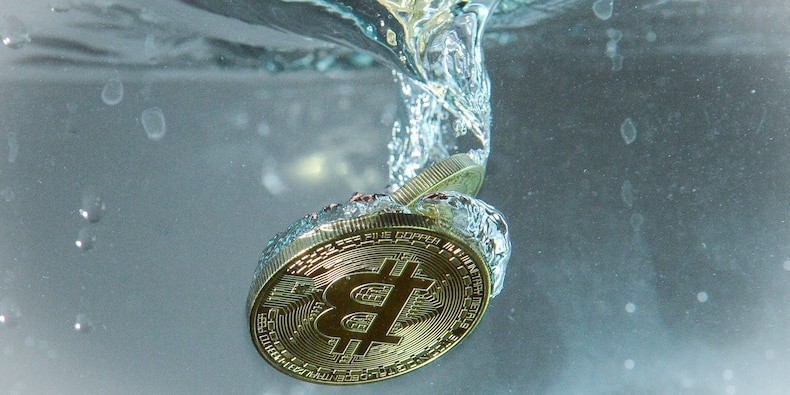 Bitcoin has surged more than 20% this week after Tesla disclosed that it purchased $1.5 billion worth of the cryptocurrency in January.

Tesla’s bitcoin move seems to have opened the floodgates for more corporations to adopt the popular cryptocurrency as a reserve on their balance sheets.

RBC suggested that Apple could be the next big corporation to adopt bitcoin, and the CFO of Twitter told CNBC on Wednesday that it too could buy bitcoin.

But the world’s largest wealth manager is warning investors against viewing the recent developments in bitcoin as a “mainstream moment.”

In a note on Tuesday, UBS’ Mark Haefele gave these three reasons why investors should practice caution before speculating in bitcoin.

Read More: GOLDMAN SACHS: Buy these 26 ‘best of both worlds’ stocks set to soar with economic recovery even if interest rates stay low

“The basic function of a modern currency is to store value; by contrast, the diminishing incremental supply of bitcoin has made ‘bubbling’ one of its basic functions,” Haefele said.

He added: “If a corporate were to increase its euro holdings or that of any other major currency, we wouldn’t see a move of this magnitude. That a single individual can have such an impact on crypto prices undermines concerns about low liquidity and high volatility. Far from boosting the credibility of crypto, we think this undercuts it.”

“Although Tesla might start using Bitcoin as a payment mechanism, this is different from actually pricing products in Bitcoin or retaining the Bitcoin received, actions that would be more consistent with mainstreaming it as a currency,” Haefele said.

He continued: “We also note unresolved regulatory risks, with the US Treasury’s Janet Yellen last month calling for efforts to ‘curtail’ cryptos, calls which may grow louder now that S&P 500 investors have involuntarily gained exposure to crypto volatility. We are also skeptical that mega-cap platforms within-house payment ecosystems and strong global networks would cede their infrastructure to volatile, and regulatorily risky, crypto networks.”

“Crypto mining and management can contribute to carbon emissions without improving living standards, since individuals or teams use computing power and specialized software to produce Bitcoin and Ethereum. Bitcoin uses as much energy as the whole of Switzerland, according to an online tool from the University of Cambridge,” Haefele said.

He added: “Meanwhile, a separate study from August suggests that Bitcoin’s electricity consumption is underestimated and finds the network ‘represents close to half of the current global data center electricity use’. Its documented use in money laundering and tax evasion offer more red flags for ESG investors. We are not convinced the growing cohort of sustainability-oriented investors can reconcile these problems.”

Instead of directly buying bitcoin, Haefele recommends investors consider fintech stocks, “an emerging sector we think might yield ‘the next big thing’ for investors.”

Read more: The CEO of the sports-betting app BetMGM breaks down his outlook for the industry – and shares 3 pieces of advice for investors targeting the sector

Save, manage, retire, spend: The Daily Money is here