BT says the government’s decision to involve Huawei in the UK’s 5G network will cost them around half a billion pounds over the next five years.

Chief executive Philip Jansen welcomed the “clarity” shown in the government’s decision to give the Chinese tech company a limited role.

But he said the move would have “an impact of around £500m over the next five years” for BT, as the company posted a fall in profits.

BT, which also owns and runs the EE mobile network, revealed sales fell 2% to £17.2bn in the nine months to 31 December, with underlying pre-tax profits down 3% to £5.9bn.

Mr Jansen said BT would look through the government’s recommendations regarding Huawei, which limit the firm to involvement in only some non-sensitive infrastructure.

He said: “The security of our network is paramount for BT.

“We therefore welcome and are supportive of the clarity provided by government around the use of certain vendors in networks across the UK and agree that the priority should be the security of the UK’s communications infrastructure.”

BT is already rolling out 5G using Huawei radio equipment, although it is not using it in core systems, and is removing Huawei’s kit from the core of its 4G network.

Meanwhile, BT blamed competition, regulation and higher running costs for its poor results, warning the government that free-flowing trade must be a priority after the Brexit transition period ends next year.

It said: “Our contingency planning is focused on ensuring we can continue to provide uninterrupted service to our customers, including sufficient inventory to protect against potential import delays.”

Will Ryder, equity analyst at Hargreaves Lansdown said: “The government’s decision on Huawei’s role in the UK’s 5G network was always going to leave someone worse off – BT thinks it’s going to cost them an extra £500m.

“It’s likely the regulator will try to limit the amount that gets passed onto the consumer, so BT may end up taking a lot of it on the chin.

“BT’s trading results were disappointing, but not overly so. Ultimately, we don’t think the group’s long term outlook is changed dramatically by today’s announcement, though it hasn’t improved.”

Shares were down 5.7% in Thursday morning trading.

Swedish court rules not to extradite Assange for rape probe 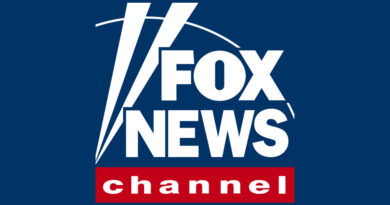