BuzzFeed is acquiring HuffPost, as part of a strategic partnership with Verizon Media that marks the latest evolution in the digital media landscape.

Verizon Media, the current owner of HuffPost, will become a minority shareholder in BuzzFeed as a result of the all-stock transaction.

Under the deal, Verizon Media and BuzzFeed have agreed to syndicate each other’s content across platforms. They also will create an “innovation group” to explore opportunities and to pursue emerging ad formats.

Additional terms of the deal, including a valuation, were not disclosed.

The consolidation is the latest example of digital media brands looking to achieve scale and stability as they face intense competition from tech giants like Facebook and Google in the ad market. Recent mergers have paired Vice with Refinery 29, Vox with New York Media and Group Nine with Pop Sugar. For BuzzFeed, the acquisition caps a turbulent year as COVID-19 has forced the company to drastically cut costs, adding to significant layoffs before the pandemic as the company moved to erase recent financial losses.

Jonah Perretti, founder and CEO of BuzzFeed and a co-founder of Huffington Post, said in a statement, “I have vivid memories of growing HuffPost into a major news outlet in its early years, but BuzzFeed is making this acquisition because we believe in the future of HuffPost and the potential it has to continue to define the media landscape for years to come. With the addition of HuffPost, our media network will have more users, spending significantly more time with our content than any of our peers.”

Founded in 2006, BuzzFeed grew quickly and even weathered the financial crisis, as broadband and mobile devices exploded and traditional media coped with stiff challenges in subscriptions and advertising. While it has delivered plenty of substantive journalism, BuzzFeed also became known for its clickable array of quizzes and list-icles, which initially felt novel and fresh but were increasingly imitated. Along the way, the company attracted investments from several blue-chip entities, including NBCUniversal, which put in $400 million at a $1.7 billion valuation in 2016.

As part of the strategic partnership, BuzzFeed will be able to access Verizon’s ad platform and its reach across channels and formats. Guru Gowrappan, CEO of Verizon Media, said that the partnership “complements our roadmap while also accelerating our transformation and growth.”

HuffPo had previously been acquired by AOL in 2011 for $315 million — a gaudy figure at the time — as AOL looked to bulk up on digital content. Verizon eventually acquired AOL and its assets but has backed away from media properties over the past two years under CEO Hans Vestberg. In 2018, the telecom behemoth declared its media properties nearly worthless, taking a $4.6 billion write-down. More recently, it has looked to leverage some media brands like Tumblr, which was part of Yahoo, which Verizon bought for $4.5 billion in 2017.

China's box office is expected to surpass the US in 2020. That's good news for Hollywood 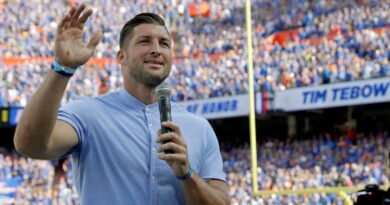