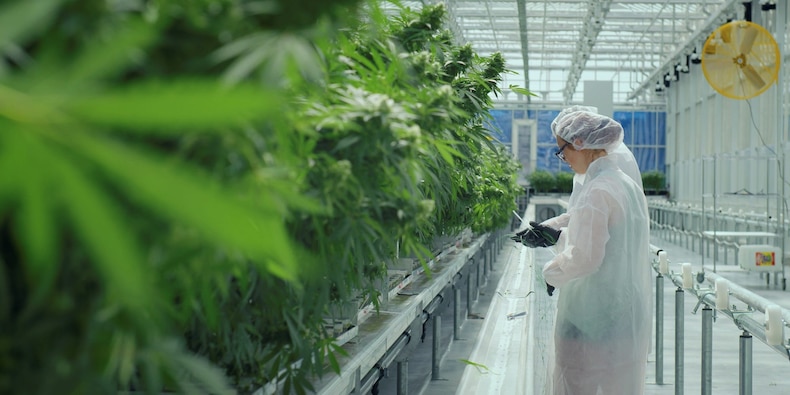 Pot stocks tumbled from highs seen earlier in the week as momentum from casual traders uniting on Reddit sputtered out.

Tilray led the sector’s losses, tumbling as much as 34%. Aphria and Aurora Cannabis fell 27% and 19%, respectively. Cronos sank 16% at intraday lows, and Canopy Growth plunged 18%.

The group of cannabis producers rallied through the week amid hopes that Democrats would soon pursue federal decriminalization of marijuana. Canopy CEO David Klein told investors on Tuesday he expects the Biden administration to decriminalize the drug and expand the US market sometime this year. Tilray’s chief executive Brendan Kennedy said his firm expects federal legalization to be achieved in the next 12 to 18 months.

The sector received a second boost from Reddit traders in Wednesday trading. Members of the r/wallstreetbets forum began touting Tilray, Aphria, and other cannabis producers as the next stocks to deliver outsize gains. Posts boasting massive returns on pot-stock call options soared to the top of the Reddit page and garnered thousands of comments.

Read more: Reddit traders are piling into cannabis stocks and driving up valuations, but experts say they’re betting on the wrong companies

By the time markets closed on Wednesday, several pot stocks stood at their highest levels in years. Exchange-traded funds including Global X Cannabis, ETFMG Alternative Harvest, and Amplify Seymour Cannabis were the best-performing ETFs of the year to date.

The retail-trader enthusiasm now seems to have fizzled out. Profit-taking overcame the pot stock rally when the market opened on Thursday, immediately driving shares sharply lower.

The sudden reversal calls into question the Reddit traders’ ability to drive sustainable rallies. The GameStop phenomenon that dominated market chatter in January similarly faded this month as those who piled in took profits or minimized losses. Wall Street Bets day traders have rallied around other stocks since, though not with the unity that fueled GameStop’s surge.

To be sure, the pot stocks tumbling in Thursday trading remain well above prices seen last month. Tilray, for example, remains up 421% year-to-date.

Read more: Bank of America shares 9 stocks to buy as the pandemic prompts consumers to shift their spending habits towards ‘solitary leisure’ activities like golf and biking

These Two Major Biotechs Are Bouncing Back With Q3 Results

Global food supply chain at risk due to pandemic