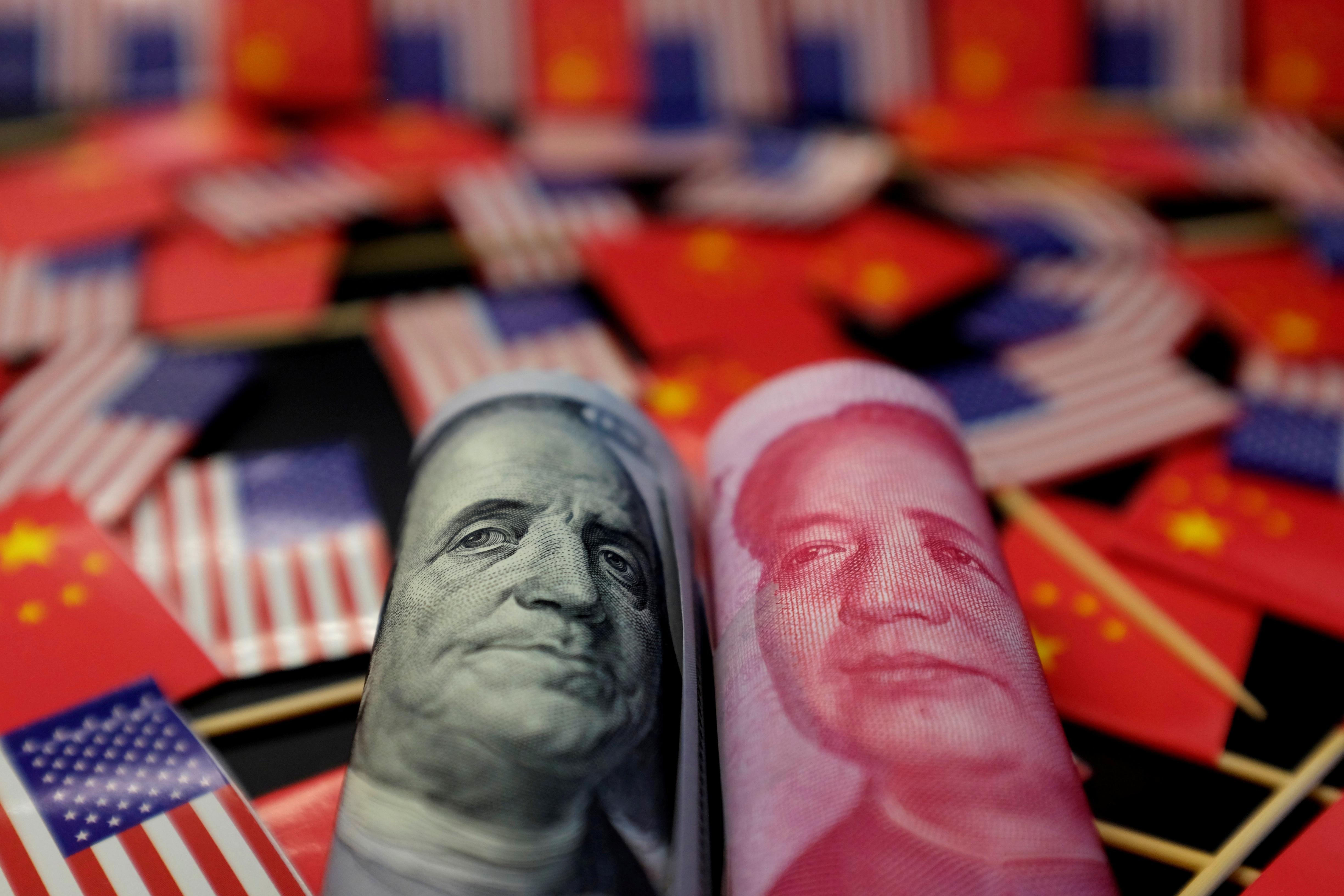 The accusation, which followed a sharp slide in the yuan on Monday, has driven an even bigger wedge between the world’s largest economies and crushed any lingering hopes for a quick resolution to their year-long trade war.

The dispute has already spread beyond tariffs to other areas such as technology, and analysts caution tit-for-tat measures could widen in scope and severity, weighing further on global economic growth.

In a strongly-worded editorial, the People’s Daily said the United States was holding its own citizens to ransom, without mentioning the latest U.S. decision.

The responsibility of big countries is to provide the world with stability and certainty while creating conditions and opportunities for the common development of all countries, according to the editorial.

“But some people in the United States do just the opposite,” it said.

The U.S. Treasury Department said on Monday that it had determined for the first time since 1994 that China was manipulating its currency, taking the trade row into uncharted territory and adding to frenzied selling in global financial markets.

The announcement came hours after China let its yuan currency break through a key support level to an 11-year low, in a sign Beijing might be willing to tolerate more currency weakness as Washington threatens to impose more tariffs.

The yuan has tumbled 2.3% in three days since President Donald Trump’s sudden declaration last week that he will impose 10% tariffs on $300 billion of Chinese imports from Sept. 1.

But it appeared to steady on Tuesday amid signs that China’s central bank may be looking to stem the slide, which has sparked fears of a global currency war.

“Naming China a currency manipulator could open the door for U.S. tariffs to eventually increase to more than 25% on Chinese goods,” according to a note from DBS Group Research.

“Apart from naming China a currency manipulator, Trump’s election campaign pledge was to lift import tariffs to 45% on China.”

The U.S. decision to label China a manipulator came less than three weeks after the International Monetary Fund (IMF) said the yuan’s value was in line with China’s economic fundamentals, while the U.S. dollar was overvalued by 6% to 12%.

“In a strict sense, it’s baseless for the U.S. side to determine that there was exchange rate manipulation based on the change in the exchange rate of the RMB (yuan) on a single day,” said Zhang Anyuan, Chief Economist at China Securities.

“Now that there is a label…,(we) do not rule out the U.S. will introduce punishing measures that go beyond existing understanding of the situation.”

Chinese state media had warned that Beijing could use its dominant position as a rare earths exporter to the United States as leverage in the trade dispute. The materials are used in everything from military equipment to high-tech consumer electronics.

Shares in some of China’s rare earth-related firms surged on Tuesday amid speculation the sector could be the next front in the trade war.

Beijing in June issued a travel advisory warning Chinese tourists about the risks of traveling to the United States, citing concerns about gun violence, robberies and thefts.

Air China (601111.SS) said on Tuesday that it was suspending its flights on the Beijing-Honolulu route starting on Aug. 27, following a review of its network.

Trump had earlier declared China’s currency move to be “a major violation”, and analysts said it is likely the White House pressured the Treasury Department to issue the designation.

“They don’t have any meaningful tools to do anything about it, unless they just want to pile more tariffs on,” said Mark Sobel, a former senior Treasury and IMF official who now works with the Official Monetary and Financial Institutions Forum, a London-based think tank.

The offshore yuan CNH=D3 fell to a record low of 7.1397 per dollar on Tuesday before clawing back losses after China’s central bank said it was selling yuan-denominated bills in Hong Kong, a move seen as curtailing short selling of the currency.

Onshore yuan CNY=CFXS also opened weaker around 7.0699 before steadying. While the central bank set a slightly firmer-than-expected morning benchmark rate, it was still the weakest since May 2008.

Chinese monetary authorities let the yuan fall past the closely watched 7 level on Monday so that markets could finally factor in concerns around the trade war and weakening economic growth, three people with knowledge of the discussions told Reuters on Monday.

The People’s Bank of China (PBOC) has insisted the value of its yuan is determined by the market, though it has maintained a firm grip and supported the currency when it neared sensitive levels over the past year.

U.S. Treasury Secretary Steven Mnuchin said the U.S. government will engage with the IMF to eliminate unfair competition from Beijing.

After determining a country is a manipulator, the Treasury is required to demand special talks aimed at correcting an undervalued currency, with penalties such as exclusion from U.S. government procurement contracts.