Home » Coinbase could jump 21% due to growth in the 'cryptoeconomy' and buy in from institutional investors, CFRA says | Currency News | Financial and Business News Coinbase could surge 21% due to the growing "cryptoeconomy" and a push to lure in more institutional clientele, CFRA Research says.

In a note to clients on Friday, CFRA analysts led by Chris Kuiper, CFA, initiated coverage on shares of Coinbase with a "buy" rating and a $400 12-month price target.

The price target represents a potential 21% jump from Monday's intraday low of $330 per share.

Kuiper and his team said they believe Coinbase could exceed the Street's high expectations given the growth potential of the "cryptoeconomy."The analysts see Coinbase becoming one of the largest financial exchanges worldwide and are betting institutional clients will take note.

"Our base case scenario implies COIN not only becomes one of the largest financial exchanges for crypto but that it is also successful in diversifying into other products and services, most notably those aimed at institutional investors, an area it has more aggressively pursued over the past two years," Kuiper wrote.

Kuiper and his team also presented earnings per share estimates of $6.89 for 2021 and $3.00 for 2022 in their note to clients and said they see operating margins ramping and then stabilizing at 35%.

In a separate thematic research note that was also released on Friday, CFRA highlighted Coinbase's push for institutional clients, saying the group is seeking to build a "one-stop-shop" for institutions to access the crypto markets.

CFRA analysts laid out three scenarios for Coinbase's shares, a bear case where the company trades at $120, a base case where the firm hits $400, and a bull case where shares could rise as high as $840 per share.

The bull case implies a potential 145% jump in share prices over the next year amid a push for crypto from institutions. It also assumes a CAGR of 36% for the next decade, slightly below Amazon's 40% CAGR from 1998 to 2009, and puts Coinbase's revenue north of $19 billion by 2027.

CFRA analysts are definitely bullish on the prospects of Coinbase after its historic direct listing.

Coinbase went public on Wednesday of last week and saw its shares open at $381. However, the crypto exchange's stock then sank as much as 19% in opening day trades, before recovering to end the week at $342.

Some market commentators have called the Coinbase public listing a "watershed moment" for the crypto community. Coinbase is now worth more than General Motors, FedEx, and Twitter. 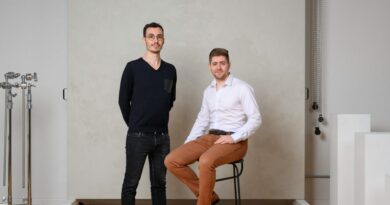