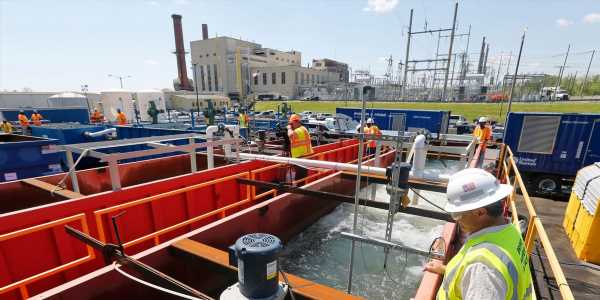 Cybercriminals in underground forums have offered to sell access to hacked systems that control US power plants and water treatment systems, according to a new report from the threat intelligence firm Intel 471. Hackers likely took advantage of common security vulnerabilities in these systems, experts say — and they fear that such attacks could become more common as bad actors find ways to monetize the hacks.

The systems that cybercriminals offered access to bore a striking resemblance to the Oldsmar, Florida water treatment plant that was compromised by a hacker last week. Law enforcement officials said an unknown intruder gained access to software used by plant managers to remotely control its systems and attempted to raise the amount of sodium hydroxide — also known as lye — in the drinking water to dangerous levels.

Intel 471 researchers were careful to note that they don’t have hard evidence proving that the cybercriminals offering access to hacked industrial systems are the same ones who hacked the Oldsmar plant. But their findings illustrate broader cyber vulnerabilities in US systems that control infrastructure. For years, experts have sounded alarm bells about potential issues with these so-called Supervisory Control and Data Acquisition systems (or SCADA systems), which monitor and control machines in the field.

“Attacks on SCADA systems are not new,” an Intel 471 spokesperson said in response to emailed questions from Insider following the report. “It is often easy for non-sophisticated threat actors to identify internet-facing SCADA systems and gain access with very little effort.”

In one instance logged by Intel 471, a cybercriminal in a Telegram channel popular with hackers offered in May 2020 to sell access to a “Groundwater Recovery & Treatment System” located in Florida. The hacker claimed to have broken into software used by administrators to remotely control the system, and included a screenshot that showed levels of sodium hydroxide in the water.

The person who posted the screenshots in the Telegram channel was likely an Iranian actor, Intel 471 researchers said. The Telegram channel in question was also tied to a 2020 hack of an Israeli water reservoir. There’s no evidence to suggest that this person was motivated by anything other than monetary gain and notoriety, the spokesperson said.

The researchers’ findings illustrate broader weaknesses in the cyber defenses of US critical infrastructure. Many industrial control systems can be easily located using online directories like Shodan, which logs internet-connected devices. From there, experts say even low-level hackers can scour out stolen or default login credentials to try to break into the software that controls the systems.

Too much critical infrastructure is connected to the public internet with lax security protections, in part because of egregiously low cybersecurity budgets.

Industrial systems are a growing target for profit-driven hackers across the board. In the past year, researchers have tracked cybercriminals probing computers connected to critical infrastructure and reselling access to those computers to more sophisticated hacking groups, according to the security firm Kaspersky.

“We believe the malicious actors have had, for quite a while, access to not only industrial organizations but also lots of information on their technological processes,” Evgeny Goncharov, Kaspersky’s head of Industrial Control Systems Cyber Emergency Response Team, said in a webinar Thursday. “Probably in the near future we’ll see more news of attack scenarios and how those attacks can be monetized.”

The FBI published a joint advisory with the Cybersecurity and Infrastructure Security Agency on Thursday advising critical infrastructure agencies to install the latest version of Windows and urging them to be on the lookout for suspicious logins to their remote access software.

Under Quarantine, Vintage Soloflexes Are Getting a Workout

The 'restaurant apocalypse' is 'much worse than I thought,' Jim Cramer says