Home » Business » DHFL board approves conversion of debt into equity

To cut its debt, promoter Kapil Wadhawan and promoter group Wadhawan Global Capitalhave resorted to measures such as sale of assets of group companies as well as securitisation of retail assets of DHFL to bring in liquidity.

Debt-laden DHFL on Friday said its board has given approval to convert the company’s debt into equity or other securities, either in whole or part.

The decision was taken at the company’s board meeting in Mumbai.

It comes against the backdrop of the formulation of a draft resolution plan, adopted earlier this month, in accordance with the Reserve Bank of India’s Prudential Framework for Resolution of Stressed Assets which was submitted to its lenders already.

The company’s lenders are party to its inter-creditor arrangement.

“Based on the extensive discussion with the lenders on the draft resolution plan, the board considered it necessary to approve certain actions as enabling actions,” it said.

The company’s board also approved an increase in its authorised share capital from Rs 828 crore to Rs 1,090.39 crore, it added.

Among other decisions, the DHFL board also decided for additional credit facilities that it can avail on the existing borrowing limits as well as disposal of whole or part of the undertakings or assets of the company.

DHFL said the board deliberated the progress on the resolution plan for consideration of its lenders.

“The board noted and supported the parallel efforts made to identify development managers (DMs) of repute to some of the major projects which could enhance the progress of the projects by infusing much-needed working capital, which the DMs were capable of bringing in, apart from project execution capabilities.”

The company sits on a huge debt pile running over Rs 90,000 crore.

To cut its debt, promoter Kapil Wadhawan and promoter group Wadhawan Global Capital (WGC) have resorted to measures such as sale of assets of group companies as well as securitisation of retail assets of DHFL to bring in liquidity.

The crisis-ridden housing financier said it hopes that these committed, cooperative and coordinated measures by the WGC and the company will add strength to the acceptance of the resolution plan by the lenders. 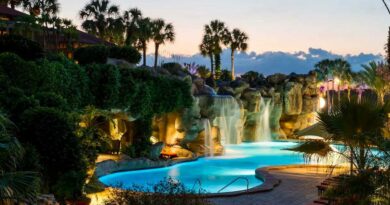