Home » Here’s the biggest news you missed this weekend 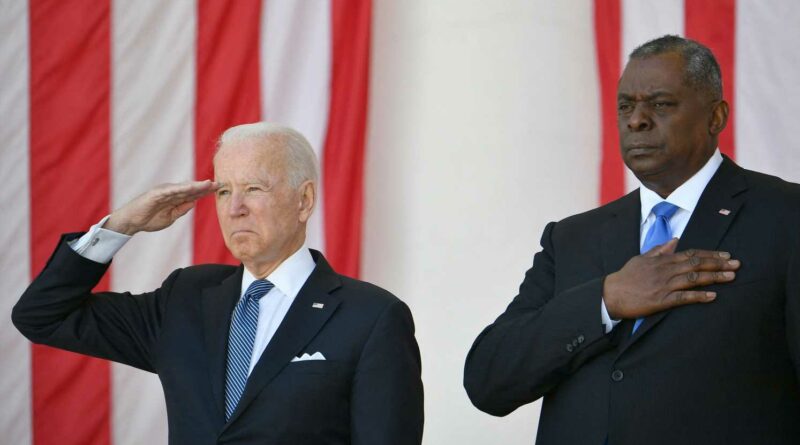 President Joe Biden vowed to “never fail to honor the sacrifice” of the U.S. armed forces in his Memorial Day remarks at Arlington National Cemetery on Monday. “We’re free because they were brave,” he said. The president also noted that “war and conflict, death and loss are not relics of American history: they are part of the American story,” citing fallen troops from the Civil War to wars in Afghanistan and Iraq. “They lived for it. They died for it. And we as a nation are eternally grateful,” he said. On Sunday, Biden also honored his son, Beau, in his Memorial Day remarks. Beau, an Iraq war veteran, died of brain cancer in 2015. “He would be here as well, paying his respects to all those — all those who gave so much for our country, and particularly honoring the Gold Star families,” the president said.

A restrictive voting bill in Texas failed to pass Sunday night after Democrats walked out of the House chamber before a midnight deadline. Senate Bill 7, known as the Election Integrity Protection Act, was one of several GOP efforts in statehouses around the country to narrow voting opportunities after Republicans echoed former President Donald Trump’s false claims that last year’s presidential election was stolen. Democrats have criticized the bill’s restrictions, specifically its ban on 24-hour and drive-thru voting. The legislature session ends on Monday, but Gov. Greg Abbott said he would call a special session to try passing the voting bill again. He did not say when.

Police in South Florida were hunting for suspects after two people were killed and 21 others were injured in a shooting outside a banquet hall on Sunday. The shooting came 24 hours after one person was killed and six others were wounded in a drive-by shooting in the Wynwood area of Miami. “We have to be clear about what’s happening in Miami-Dade County,” said County Commissioner Keon Hardemon. “These are acts of domestic terrorism.” Authorities say the shooting at the El Mula Banquet Hall stemmed from an ongoing rivalry between two different groups and the intended target was outside the banquet hall when the shooting took place. Police are still working to comb through video and forensic evidence after being on the scene for almost 24 hours.

One hundred years ago, a white mob’s attack on Greenwood, a district of Tulsa, Oklahoma, left the community in ruins — reduced to a pile of smoldering bricks and debris. It is estimated that hundreds of the Black community’s residents were killed or injured, and nine thousand people were displaced from their homes. For decades after, one of the worst race massacres in 20th-century America was erased by history. Now, the victims’ stories are being told.

Helio Castroneves won his record-tying fourth Indianapolis 500 on Sunday, placing him in one of IndyCar racing’s most illustrious clubs. Castroneves joins A.J. Foyt, Al Unser Sr. and Rick Mears as the only drivers to win the Indy 500 four times in the race’s 105-year history. At 46, Castroneves, who doesn’t have a full-time IndyCar Series ride this season, is one of the oldest winners of the 500 in the race’s history. Al Unser was just shy of 48 when he won in 1987. “The old guys still have it,” a euphoric Castroneves said in victory circle. The longtime Team Penske driver won the Indy 500 in 2000, 2001 and 2009.

This is a compilation of stories from across the USA TODAY Network. Contributing: Associated Press.