Home » Business » Here's the main difference between the dot-com bubble and today's soaring stock market, according to DataTrek 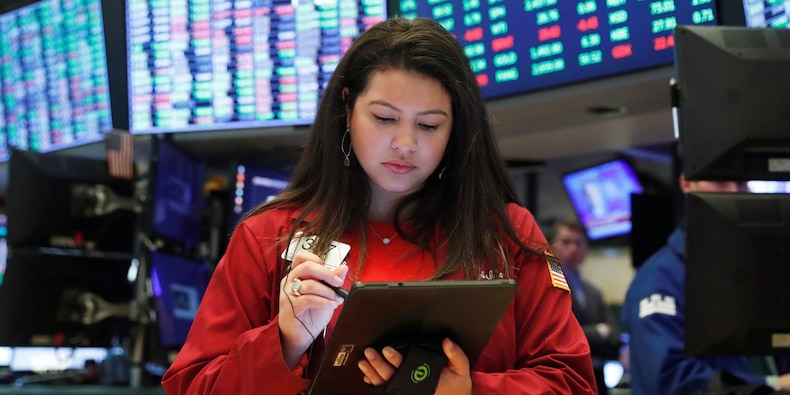 A rise in speculation amid a soaring stock market this year has led some investors to compare today’s environment to the dot-com bubble in 2000, DataTrek said in a note on Tuesday.

Whether it be pre-revenue stocks receiving sky-high valuations in the electric vehicle space, or a record rise in SPACs and IPOs, there are some parallels between the 2020 and 2000 markets.

But there’s one big difference between then and now, and that difference could mean a continued rise in stocks from current levels: interest rates.

Read more: Wall Street’s biggest firms are warning that these 8 things could crash the stock market’s party in 2021

The Federal Reserve played a role in popping the 2000 tech bubble, as it raised interest rates to new cycle-highs around the same time stocks peaked.

“The Tech sector began to roll over as soon as it became clear that the Fed was intent on taking short term interest rates to new cycle-high levels and cooling the booming US economy,” Colas explained.

And the Fed doesn’t expect to raise interest rates until at least 2023 as it is focused on revitalizing the economy from the COVID-19 pandemic, even as a second round of stimulus checks is set to hit millions of Americans’ bank accounts.

“This doesn’t guaranty Tech will continue to work, especially in the more speculative areas of that market. But it does says that we need to look for a different catalyst than what took the group down in 2000,” Colas said.

Read more: Tesla short-seller Rob Majteles says he was ‘wrong early,’ but markets are due an ‘extraordinary reassessment’

This Week in Business: The Economics of Impeachment