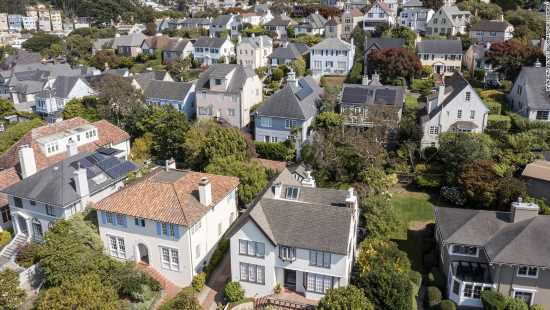 But as high as prices are, they have yet to peak, according to a new report from Goldman Sachs.
The investment bank projects that home prices — already at record highs — will grow another 16% by the end of 2022.

Despite price increases of 20% over the past year, the analysts at Goldman Sachs suggest that homes remain “relatively affordable” thanks to historically low mortgage rates. But continued strong demand among buyers and ongoing low inventory will keep pushing prices even higher, according to the report.

How much house can I afford?

How does inflation affect my standard of living?

How much do I need to save for retirement?

Sure, the inventory picture has improved a little since the spring, with more homes for sale and price growth moderating a bit. But Goldman’s analysts say this supply and demand imbalance is expected to continue through next year.

But it is questionable whether demand will remain as strong going forward, given the high prices. About two-thirds, 66%, of respondents to a University of Michigan survey on homebuyer sentiment said this is not a good time to buy a home, according to the report. That’s the highest it has been since the early 1980’s.
But homeowners today remain “‘reluctant bulls’, who still intend to buy despite thinking it’s a bad time,” Goldman’s analysts wrote.

The Goldman Sachs model looked at supply, demand, affordability, and home prices. It projects that strong demand and tight supply will gradually erode affordability and make homes so pricey that more people will drop out of the market. That reduced demand will ultimately allow for more inventory on the market and eventually the supply-demand imbalance will ease. But not before prices jump another 16% by the end of next year.
In addition to home prices continuing to move higher, rents will continue to rise as well, the analysts said, and regulatory efforts from the White House, Congress or individual states or municipalities to alleviate the housing shortage may not be enough.
Political wills have been at odds over efforts that would relax zoning rules and other regulatory constraints that have slowed homebuilding for decades. That’s in spite of economic research that shows such efforts would boost supply and lower home prices and rents, according to the report.
Some successful efforts include California’s recent abolition of single-family zoning in the state, which could mean that the 60,000 new single-family homes permitted in the state each year, could become thousands of additional units, the report noted.

Nationally, the White House’s plan to use housing funding from the reconciliation bill to increase affordable housing may not have the intended effects if many of the proposed housing grants and tax subsides are cut.
“As a result, nationwide changes seem unlikely for now, and limited state and local changes are only a partial step toward relieving the housing shortage,” the Goldman analysts wrote in the report.
Source: Read Full Article

BA and Ryanair investigated by UK regulator over lockdown refunds

In 2010, Elon Musk had big plans for Tesla. Listen to his predictions