Federal Reserve Chairman Jerome Powell said Wednesday that the U.S.'s uncertain economic outlook could lead the central bank to cut its benchmark short-term interest rate later this month. Experts say the cut would likely be a modest quarter of a percentage point.

The rate cut would be a result of a confluence of factors, including uncertainty over a U.S-China trade war and a slowing economy.

How would a rate cut — the first since 2008 — impact the average consumer? While it's hard to predict, generally, a rate cut is"good for borrowers, bad for savers, and mixed for investors," Sallie Krawcheck, co-founder and CEO of Ellevest and former Wall Street executive, tells CNBC Make It.

The federal funds rate is used as the benchmark for many consumer interest rates. Already, some banks — including Ally and Marcus by Goldman Sachs — have cut yields on some of their retail products, including savings accounts, in anticipation of the central bank's actions. Experts say savers can also expect CD rates to fall ahead of the Fed's decision.

An interest rate cut is bad news for savers,"but it is something of an unexpected gift for borrowers and investors," says Hamrick.

Credit card interest rates are currently at a record high, so any breathing room would be a boon to those carrying credit card debt. Still, a slight cut won't save borrowers much when they are facing double-digit interest rates; it's important to make a plan to pay off any balance as soon as possible.

Mortgage rates are a bit trickier, says Hamrick. The Fed does not directly set mortgage rates, but cutting the benchmark rate could still impact your mortgage.

Investors typically rush to the relative safety of bonds when the economy falters. As a result, recent lower bond yields have led to substantially lower mortgage rates since the end of 2018. Cutting rates could potentially reverse that, Hamrick says, as it signals an improving economy.

On another front, Skylar Olsen, Zillow's director of economic research, tells CNBC Make It that other economic factors have more influence on mortgage rates.

Consumers with home equity lines of credit would also benefit from lower interest rates, while auto loans should not be materially affected by the change. Federal student loan rates are set by the Department of Education each year, based on the 10-year Treasury note, and are expected to fall next year. Private loan rates might be variable, and therefore could be indirectly influenced by the Fed's decision. If you hold private loans, it could be worth exploring refinancing options if the Fed drops interest rates.

A rate cut is typically a"mixed bag" for investors, says Krawcheck. The U.S. is currently in the longest economic expansion on record, and historically the stock market has always rallied after the first rate cut when the economy isn't in a recession, data shows.

Don't miss: 55% of Americans with credit cards have debt—here's how much it could cost you 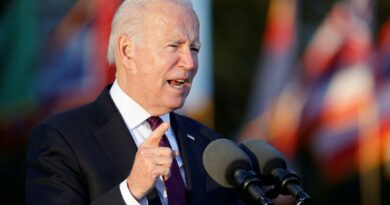 U.S. to release oil from reserves in coordination with other countries to lower gas prices 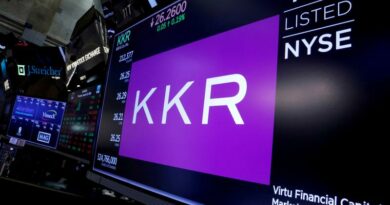