Oliver Ellerbe thought he had found the perfect home for his aging parents.

The brick house in Katy, Texas, near Houston, was just a five-minute drive from his own home. At the time, his mother and father lived more than an hour away, near the city of Conroe. The distance began to pose a serious problem when his father's liver cancer spread through his body and left him unable to move about on his own.

"It became very difficult," Ellerbe, 44, said. "My wife and I were interested in bringing him closer to us."

At a real estate auction, Ellerbe, who works in the petroleum industry, made the winning bid on the house: $150,050. The moving plans began.

A few days before the scheduled closing in February 2015, Ellerbe received an email, seemingly from his real estate agent at the firm Keller Williams, notifying him that the wiring instructions had changed. Soon after, he drove over to his bank and sent the $150,050 to the new bank address.

Then he left for a hunting trip with clients. "Nothing felt off," he said.

On the morning of the closing, Ellerbe received an email from someone at the titling company, Solutionstar Settlement Services. They asked him when he was going to send the money. He had already done so, he explained. He showed the emails as proof.

The titling company representative told Ellerbe they hadn't sent those emails. And the wiring instructions had never changed.

"My heart sank," Ellerbe said. "I had sent my money to a thief."

So-called business email compromise scams are on the rise, with more than $26 billion lost over the last three years, according to the FBI. The problem has become an epidemic for the real estate industry, experts say.

"It started with just phishing corporations, but the real estate industry is more profitable as far as hackers go," said Dorothy Haraminac, a certified fraud examiner. "It's absolutely happening more."

Hackers target homebuyers because they typically send large amounts of money and are not always the most savvy about cybersecurity.

What's more, real estate and titling companies tend to have less robust security measures in place than other large corporations and often fail to warn consumers adequately about the rising threat.

"Many small realty companies just have a family member who's good with computers in charge of their system," said John Shirley, a private investigator.

Just around half of real estate firms warn their clients about the dangers of wire fraud, according to new research by the National Association of Realtors. Around 10% of firms said they'd had an experience with the crime. "The mortgage brokers and agents do receive training on it, but they don't communicate that to the consumer," Haraminac said.

Here's how these scams usually go down: A thief hacks into a real estate or title company's computer system and then studies the transactions, from the language used to the format of the wiring instructions. When the scammer strikes, he or she will often pose as someone from the real estate or titling company to instruct the buyer to wire funds to them.

"The buyer doesn't have reason to question the request since it's coming from what appears to be a legitimate entity that is part of the buying process," said Kathy Stokes, director of fraud prevention programs at AARP.

Never heard of these scams?

There's a reason for that, Shirley said. "Business email compromise scams don't get a lot of press, because usually the parties involved want to keep it as private as possible," he said. Ellerbe hired Shirley to investigate his case.

He said he did so because law enforcement let him down.

Waller County Sheriff's Department in Texas first took over his case, but since Ellerbe's bank was located in Harris County, his file was soon transferred to the sheriff's department there. Then he was told his file was being taken over by the FBI.

When Ellerbe spoke to the Alabama-based FBI agent in charge of his case, he said he wasn't given much hope. "He let me know, 'We're not working on it right now. We have bigger fish to fry.'" And he told Ellerbe his money was likely in Nigeria. "You feel useless," Ellerbe said.

Scams like the one Ellerbe faced rarely lead to successful criminal investigations, said Shirley, a former sergeant in the financial crimes unit of Houston's police department.

"Unless you're talking a very large monetary amount, or you're very connected to someone in city governance, your case just doesn't get looked at," he said.

That means most people never get their money back. "It's just gone forever," Shirley said. "And a lot of times, it's their life savings."

The FBI reviews every complaint it receives, a spokesperson for the bureau said. However, she said, "resource limitations do play a role in investigative and prosecution decisions, along with the ability to collect adequate evidence to charge and convict wrongdoers."

More from Personal Finance:
Protect your bank accounts from rising debit card fraud
Bank of Mom and Dad open for quarter of working millennials
Putting bitcoin in your IRA can sink your retirement

In the end, Ellerbe sued the real estate company Keller Williams and the titling company Solutionstar Settlement Services for negligence in civil court.

Darryl Frost, a spokesperson for Keller Williams, said the firm doesn't comment on litigation. Solutionstar Settlement Services, now known as Xome Settlement Services, did not respond to multiple requests for comment. "Companies try to point fingers and don't take responsibility for their lack of IT infrastructure," Shirley said.

The parties eventually reached a confidential settlement. However, Ellerbe said that after he paid his attorney and investigator, he was nowhere close to being made whole. And he forked up another $150,050 so that his parents could move into the house in Katy. Still, he said, it's not the money that most grates at him.

"My frustration is that this gentleman is still out there, left to steal somebody else's money," he said. "There's no movement to protect anybody else from this happening." 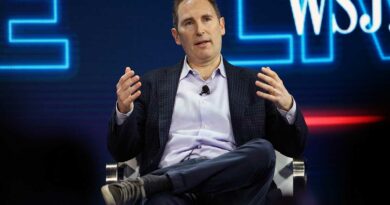 These are the 10 highest-rated CEOs during the coronavirus crisis, according to employee reviews