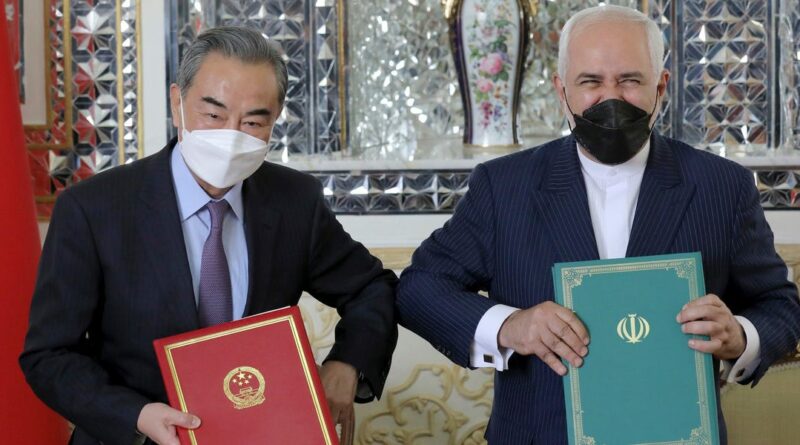 The recently finalized 25-year comprehensive cooperation agreement between Iran and China has been referred to in the media as a “game-changer,” a “breakthrough” and a “major geopolitical shift,” but in reality, it is much ado about nothing.

Signed with great fanfare on March 27, during Chinese Foreign Minister Wang Yi’s visit to Tehran, the deal does provide Iran with a political and rhetorical win in the context of its ongoing negotiations over the revival of the 2015 nuclear deal.

Beyond the optics of the agreement with China, though, the substance follows the same playbook that Beijing and Tehran have developed over decades of bilateral relations: agreeing to deepen ties but on vague terms that are scant on details and concrete commitments.

The deal itself has not been made public, and Iranian Foreign Minister Javad Zarif took pains to highlight that the agreement with China was not a treaty, removing the requirement for parliamentary approval. He also denied that it outlined any specific figures — despite reports of $400 billion in promised Chinese investments — or obligations for either side.

Leaders of the two countries first publicly discussed their growing partnership when Chinese President Xi Jinping went to Iran in 2016. During the visit, Xi and his Iranian counterpart, Hassan Rouhani, pledged to expand their bilateral ties and to boost two-way trade from $32 billion to $600 billion over the next 10 years — an ambitious goal.

Xi agreed to increase Chinese investments in Iran’s energy, infrastructure and even nuclear sectors. The plan also covered greater defense and military cooperation, something Iran was starved for after a decade-long arms embargo. But notwithstanding these pledges, progress on building ties remained slow. 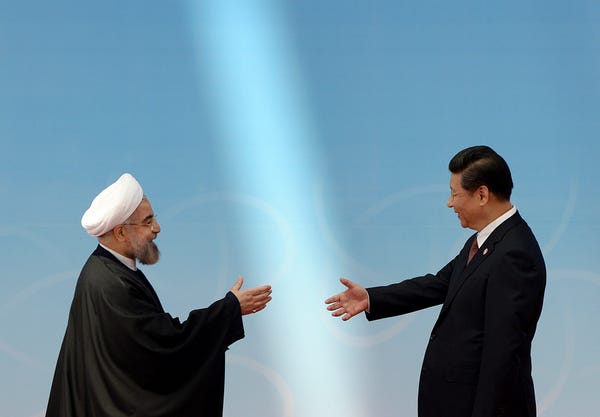 A leaked 18-page draft document reportedly outlined a vast expansion of Chinese investments in various sectors in Iran, including telecoms, transport, infrastructure and banking, with Beijing receiving a guaranteed supply of discounted Iranian oil in return. The document also referred to the potential deployment of Chinese forces to Iran to protect their investments, as well as a Chinese lease of the strategically located Kish Island in the Persian Gulf.

The leaked document caused an uproar inside and outside Iran. Some Iranians equated the draft agreement with the 1828 Treaty of Turkmenchay, under which Tehran conceded several territories to Russia and which has become a symbol of bitter defeat to Iranians.

2021 is a fitting year for a major deal between the two countries, as it marks the 50th anniversary of Iran-China diplomatic relations. Following Western efforts to isolate Iran after the 1979 Islamic Revolution, Beijing became an important player for Tehran.

The Iranian leadership valued China for its ability to block coercive action through its veto power at the United Nations Security Council — though it never actually used it on Iran’s behalf — and its willingness to expand economic, political and military relations with Iran at a time when most other countries were not.

From the start, Sino-Iranian relations always had a few key premises: They would not come at the expense of the two countries’ relations with other major powers, the US in particular; they would be transactional, based on mutual interests and necessities; they would be mutually convenient, with Chinese and Iranian leaders working together only when it suited them; and there would be no strings attached. 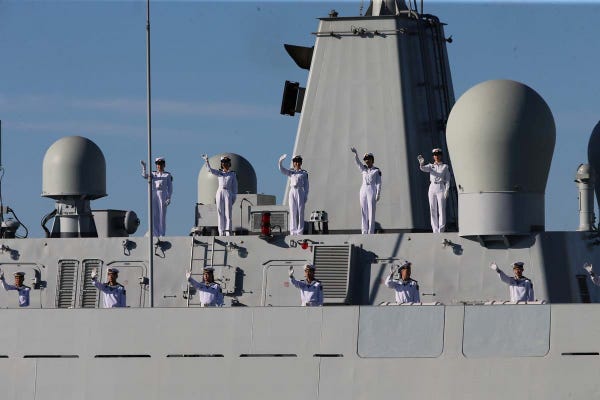 The relationship has had its ups and downs, though. China’s economic involvement in Iran increased as sanctions around it were tightened throughout the 2000s, making it an invaluable partner to Tehran. But many Iranians had reservations about Beijing.

For example, they believed Chinese products to be of poor quality, and lamented that the Chinese dragged their feet when it came to implementing projects that they had pledged to support. In 2013, Iran expelled the state-owned China National Petroleum Corp., or CNPC, from development work on the flagship South Pars natural gas field in the Persian Gulf, alleging the company had failed to carry out promised work.

From Tehran’s perspective, China also wasn’t always reliable when it came to standing up to the West’s sanctions on Iran: China supported every UN Security Council resolution on Iran that came up for a vote between 2006 and 2010 and reduced its imports of Iranian oil during Trump’s “maximum pressure” campaign. In 2019, CNPC, which had earlier returned to work on the South Pars project under a new contract, pulled out of the project, likely to avoid US sanctions.

Today, the relationship between the two countries is on the same trajectory. It is fundamentally transactional and growing, but slowly, and with some hiccups along the way.

China, like Iran, has been careful not to put all its eggs in one basket. After all, it can’t afford to risk its ties with the oil-rich Gulf Arab states that are key to its energy and economic growth needs.

Iranian officials may not like this, but they have also made peace with the idea that they must work with the Chinese. From their perspective, the past five years proved that the US and Europe couldn’t be counted on, not even to deliver on their obligations in a deal they agreed to.

This led Tehran to build what it refers to as its “resistance economy,” and to “look East,” a view now shared by both conservative politicians and more pro-Western Iranian officials.

Given its apparently vague terms, the deal is best seen as a roadmap for improving bilateral relations between the two countries, outlining areas for cooperation and exchanges in energy, infrastructure, cultural endeavors, and defense and counterterrorism, to name a few. 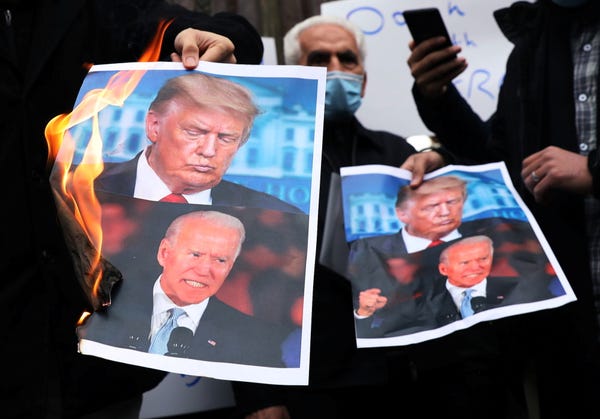 Much of the promised deepening of economic ties will remain somewhat dependent on the lifting of US unilateral sanctions, as China doesn’t want to openly flout them. Sino-Iranian relations can only reach their intended potential if the nuclear crisis between Iran and the US is resolved.

All of this suggests that the deal is unlikely to have much of a concrete impact on the nature of Iran’s relationship with China.

Despite Zarif’s insistence that that deal does not concede any territory, basing rights or exclusive access to Iranian territory to China, many Iranians remain suspicious of Beijing, with some protesting that the new cooperation pact will sell their country out. Many will also read the lack of concrete figures as signaling a relatively loose commitment.

While discussing the agreement on the Clubhouse app, Zarif defended the deal against criticism, but also added, “I don’t believe in the [policy] of looking to the East or the West.” Rather, he said, Iran would have to engage all, based on its interests and goals.

But the new pact with China may nevertheless prove useful to Iranian leaders in demonstrating that isolating Iran is not so simple anymore. It is a political win for Tehran, at a time when efforts to revitalize the 2015 nuclear deal by bringing Washington back into the fold are stuck in limbo.

The pact also signals to Washington and its allies that there will likely be limits on their ability to impose another “maximum pressure”-style campaign. After all, sanctions are most effective when they’re universal, not when a military and economic powerhouse such as China stands outside them.

Perhaps for this reason, Tehran has also looked to deepen ties with Russia, announcing the signature of a military cooperation agreement on April 10.

Ultimately, Iran’s recent cooperation pact with China gives Tehran a political and rhetorical boost vis-à-vis the outside world, and the US in particular. It formalizes the growth in Iran-China ties and could establish the groundwork for protection against future international isolation.

But for now, the fundamentals remain the same: The two promise to work together, based on mutual interests and necessities in a compartmentalized manner and with no strings attached — the same way they’ve dealt with each other over the past 50 years. 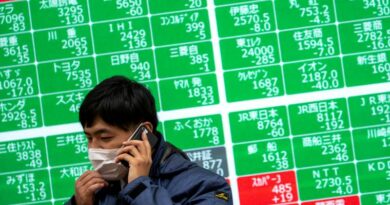