Marty Baron, the editor made famous by the Oscar-winning movie Spotlight who is now executive editor of the Washington Post, said the newspaper has expanded without editorial interference under the nearly six-year ownership of Jeff Bezos.

Baron made the comments in a keynote appearance at the FT Future of News Summit in New York.

Since the summer of 2013, when Bezos bought the news organization for $250 million (investing his own money and not positioning the Post as an Amazon acquisition), the newsroom has grown from 575 employees to nearly 850.

Moderator Peter Spiegel, U.S. Managing Editor of the Financial Times, asked Baron if the company would pull any punches if the Federal Trade Commission does end up investigating Amazon.

“We’ve written about Amazon’s issues regarding privacy,” Baron said, and would continue even if Amazon faced heightened scrutiny.

Asked by Spiegel if having to produce a print edition could distract his troops from their quest to increase their digital operation, Baron said that isn’t likely.

Editors and reporters “have an intense focus on digital,” he said. Morning story meetings (such as those dramatized in Spotlight, which showed Baron during his tenure at the Boston Globe) begin with a rundown of digital trends.  During afternoon story meetings, Baron continued, “We look at the print edition. We maybe spend 10 minutes talking about it.” But instead of obsessing over old-school decisions like which story gets boxed with art or which story gets teased on the front page, he said breaking news alerts are the focus. Being first to send out an alert, he said, is crucial. “If you’re No. 2 by 1 min it’s the same as if you’re No. 2 by 10 minutes,” he said.

Bundling of subscriptions was a topic during every session at the summit, with Apple having struck deals to include the Los Angeles Times and Wall Street Journal in its revamped Apple News subscription service. The Post and New York Times are notable holdouts, choosing to invest in their own digital futures rather than sharing revenue and possibly having less control and data insights into subscribers who sign up via Apple News.

Baron was asked by a Reuters reporter in the audience about Amazon Prime, which has started to bundle media offerings into its other benefits, raising similar questions as the Apple arrangement. For the Post, the reporter wondered, wouldn’t the Bezos relationship compel it to team up with Prime? “We worked out an arrangement with Amazon Prime when he acquired us,” Baron said. “We agreed, as a way of acquiring customers, to provide a discount at the beginning.” Soon, though, subscriptions went back to being full-price and he said Prime has ultimately “not been a big factor” in the Post‘s subscription growth. 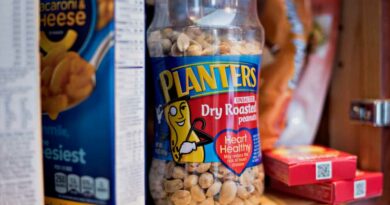