The Trump administration would be wise to implement restrictions on U.S. investments in China as it seeks to gain additional leverage in the long-running trade war, former Fed governor Larry Lindsey told CNBC on Thursday.

"I even think the president has recognized it's not cost effective to push the tariff anymore, and if he wants to continue pressure on China, which I think he probably does, I think this would be a good path to pursue," Lindsey said on "The Exchange."

On Friday, numerous media outlets reported that President Donald Trump's administration had begun a process to study whether restrictions on Chinese investment would be worth implementing. Such measures could include a block of all American investment in the country or delisting Chinese companies from U.S. stock exchanges.

Despite pushback on the reporting from the administration, CNBC later reported it had seen the policy memo that outlined a process to evaluate limiting U.S. capital flows into Chinese securities.

Some high-profile figures such as Senate Majority Leader Mitch McConnell said curbing Chinese investment in the U.S. isn't a great idea, but Lindsey joins a growing chorus of people who have said the idea is worth considering.

"I'm sure that the Chinese economy would be hurt by this," said Lindsey, who served as Fed governor from 1991 to 1997 and as director of the National Economic Council under President George W. Bush.

Lindsey said his openness to the idea was due, in part, to his belief that Trump's current strategy of ratcheting up tariffs on Chinese imports was losing steam.

"I do think we reached the end of the road with regard to cost-benefit analysis on the tariff side," said Lindsey, CEO of economic consultancy firm The Lindsey Group.

"In fact, I think a lot of the tariffs that have been recently suggested on the last tranches … aren't going to take effect," he added, referring to the batch of levies set to go into effect on Dec. 15 on consumer items such as cellphones.

Lindsey also said "we'll see" what happens with the tariffs scheduled to be applied on Oct. 15 after representatives from the U.S. and China rekindle negotiations next week.

"Why should U.S. mutual fund dollars or pension fund dollars go into companies in Chinese markets, Shanghai or what have you, even Hong Kong, that do not comply with the same financial transparency rules that apply to American companies?" Lindsey said. "This is a matter, in my mind, of consumer protection."

The consumer protection should also not be limited to just China, Lindsey said. He said he feels similarly toward Russian, Iranian and French companies, "though they're generally in compliance."

"What I think is that the standards that are applied for listing an American company on the New York Stock Exchange or some other exchange should be applied to everyone who lists on the NYSE," Lindsey said. 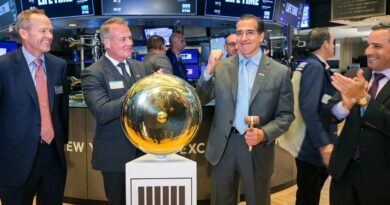 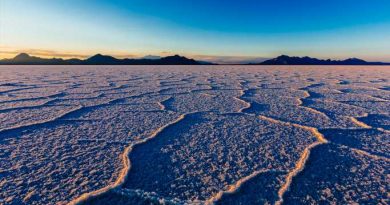 The Most Remote Place in Every State