Home » Business » Losing my childhood home to foreclosure taught me a critical parenting lesson: Don't hide anything from your kids 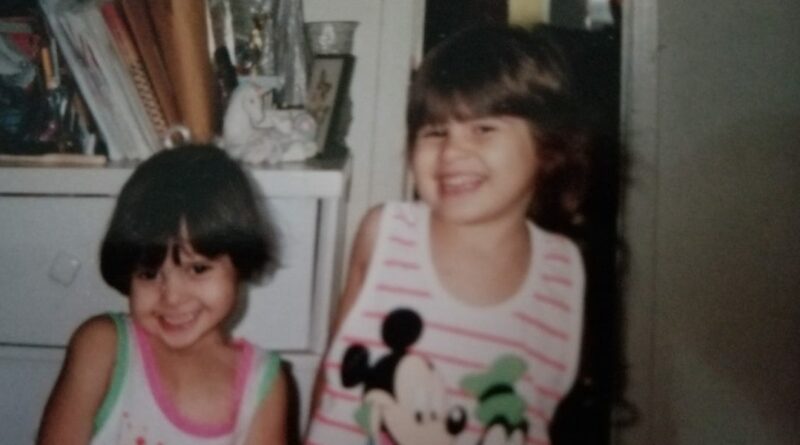 This essay is part of “The Value of a Dollar,” a collection of stories about money from writers who grew up low-income.

When my family moved into our newly built house during my second year of high school, we all shared the dream that this would be our forever home. Since we had relocated to Houston six years before, we had hopped from apartment to apartment, rental to rental, without stability or permanence. It felt like we were finally in a place where we could put down roots.

So, I was utterly heartbroken when my parents told us just three years later that we had to move. They only gave us the weekend to pack up our lives, saying that the bank was foreclosing on Monday. It was the death of our dream and, at the time, a total bombshell.

My family’s financial situation was precarious

My parents had always had issues with money. Though my dad made a good salary, he was providing for our family plus his parents and two youngest siblings. This meant things were always a little lean. Family finances became even more strained when my parents decided, seemingly on a whim, to relocate to Houston. Suddenly, my parents were making far less money in a more expensive city while two families still depended on their income.

This was around the time that my dad’s health also took a turn for the worst. Though he was dealing with debilitating pain and fatigue, he still worked over 50 hours a week. My mother was working a minimum-wage job and putting in just as many hours. Even though they were working themselves to exhaustion, we never seemed to have money. The details were never shared with us kids but we could always tell when my parents were stressed about finances — and they always seemed stressed.

Things changed when my dad got a new, higher-paying job

We also moved often during this time. In my three years of middle school, we moved just as many times. A house rented from my mother’s brother proved to be in a nice neighborhood, but my parents were having disputes with him over rent gouging. The two apartments we briefly lived in after that were both in dangerous neighborhoods. I was especially afraid while living in the last apartment where, more than once, someone attempted to get in through my ground-floor window.

While staying in this last apartment, my parents’ financial situation seemed to turn around. My dad started a new job making a much higher salary. His first large purchase with his new pay was a brand new car for my mom, and they soon announced we were having a house built. My sister and I were excited but a little surprised. They hadn’t told us they were house shopping and our daily financial issues didn’t seem any better.

My parents took us to see the house as it was being built. The largest house we had ever lived in, the home was a suburban dream. A large back yard, a two-car garage, family room, guest room, office, and modern kitchen — this place had everything we’d been living without. While the house was still being built, I picked out my room and wrote my name in sharpie on the bare floor, satisfied that, though it would be covered with carpet, I’d always know it was there.

My parents put a ton of work into making the house reflect their dreams. We had more room than we had things to occupy it, so my parents bought furniture and decorations to fill up each room. My dad was a man who liked to spoil my mother. They both came from childhoods full of abuse and neglect, so they tried to make up for that trauma with comfort spending. They may have been unnecessary, but these purchases made the new place a true reflection of my parents.

When things took a turn, my parents hid their financial struggles

But the life they built couldn’t survive a series of ill-fated events. My first year of college, my mom was diagnosed with ovarian cancer. She left her job at a temp agency to receive treatment and recover. The agency didn’t provide leave pay, which added to the stressful process and hit our family financially. That same year, my dad was injured at work and lost his job. He immediately went job hunting while still injured and found something new. Unfortunately, the job paid much less, compounding the financial strain our family was experiencing.

While I knew that money was always an issue my parents struggled with, I didn’t know the details of these years until much later. At this point, I didn’t know how bad things had gotten. My first clue that there was big trouble ahead happened when the car my parents bought a few years prior was suddenly repossessed.

Panicked and distressed, my sister and I started asking questions. My dad angrily deflected any money talk, refusing to explain why the car was taken. My mom switched back and forth from silent grief to screamed demands that we stop asking questions. Looking back, their responses said it all.

Later that month, we found ourselves frantically packing our 3,200-square-foot home. The weight of our situation didn’t fully hit me until I saw the tiny rental home my parents moved us into. It was like the past six years meant nothing. Due to my parents’ financial catastrophes, we were back where we had started.

This experience has stuck with me and impacted every financial decision I’ve made as an adult. It has also added to some of the toxic relationships I’ve developed with money. However, one good thing came out of it: my personal decision to be absolutely honest with my kids when it comes to money. In doing so, my kids have gained an introduction to financial responsibility at a young age.

Unlike my childhood, our finances have never been a mystery to my kids. To begin with, they know approximately how much and how often my husband and I get paid. They also know how this money gets divided up between monthly bills, yearly expenses, savings, and fun. While they aren’t privy to how much we spend for birthdays, holidays, and vacations — a decision meant to keep them from feeling price-tag anxiety over events they should freely enjoy — we’re honest about cuts to spending that we make when these occasions come around. This has taught them that simply living costs money, so they need to plan well.

When it comes to their allowance, they’re presented with a chore menu that pays an amount every time each chore is done. Instead of a fixed amount per week, our kids are allowed to do as much or as little as they would like to in order to be paid for their work. I even encourage them to write down their chores into a simple invoice so they get credit for every task.

I was cautiously optimistic about this method, but it’s been a huge success. Depending on what’s motivating them, they decide how much extra work they want to take on. They’re also allowed to buy anything they want with this amount but are out of luck if they are low on funds because they haven’t been helpful around the house. Through this method, they’ve learned that they’re in control of their income and spending.

Though I still mourn the loss of that house, I appreciate the lessons learned from our experience there. This past year, with my earnings impacted by COVID-19 shutdowns, it became necessary to tell our kids about the changes to our income and spending habits. Since our kids already have a basic understanding of our financial situation, we were able to answer questions and relieve any worries they had. If nothing else has been gained from my childhood trauma, I’m glad that at least I can spare my own kids from the same.

Disclosure: This post is brought to you by the Personal Finance Insider team. We occasionally highlight financial products and services that can help you make smarter decisions with your money. We do not give investment advice or encourage you to adopt a certain investment strategy. What you decide to do with your money is up to you. If you take action based on one of our recommendations, we get a small share of the revenue from our commerce partners. This does not influence whether we feature a financial product or service. We operate independently from our advertising sales team. 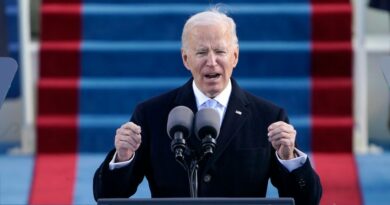 What to expect in Biden's $2 trillion infrastructure package

Two thieves stole a package meant for a sick 5-year-old. Then they tearfully returned it