Tax credits for low-income workers and direct payments to parents. An increased minimum wage. A tax on America’s richest.

These were ideas that stood little chance of becoming law just months ago, before the Democrats took the White House and Senate. One even has become policy, in the case of the expanded child tax credit. The others will require more of a culture change, including buy-in from wealthy Americans.

One wealthy American is backing the passage of all of them, and more: Joe Sanberg.

It’s a personal issue for Sanberg. He told Insider that he was raised in an environment with a “lot of financial uncertainty,” and his family lost their home to foreclosure when he was a teenager. In fact, his family benefited from one tax credit aimed at lower and moderate-income Americans — a credit that Sanberg later successfully lobbied to expand in his home state of California.

The millionaire investor has been a longtime activist for a higher minimum wage, and, more recently, a vocal advocate for a wealth tax in California. He told Insider that for the past decade, he’s been trying to repair the world in his own way.

As far back as 2015, the LA Times reported that Sanberg was backing an expansion of the Earned Income Tax Credit (EITC), which provides refunds to lower-income Americans. It’s a measure Sanberg’s mother used, according to the LA Times, and one that he helped lobby to expand in California.

Now, the EITC has been temporarily expanded under President Biden’s American Rescue Plan, with more childless low-income adults eligible and various income caps adjusted. It stands to cut child poverty in half and, according to the nonpartisan Center on Budget and Policy Priorities, 17 million workers will get support from the expanded EITC.

It’s one example of a progressive policy becoming a reality, and Sanberg is still pushing for more.

From Wall Street to advocacy

Sanberg’s decade of liberal activism follows him scaling the heights of the academic and business worlds.

According to The Atlantic, Sanberg attended prep school on scholarship, then headed to Harvard, before making his way to Wall Street, and nearly a decade at private-equity giant Blackstone. He told Insider that a “turning point for me was when I was 29 and my brother asked — well, my brother told me — that my 18-year-old self wouldn’t like my 29-year-old self. And he was right.”

From that point on, Sanberg said his guiding compass became living like someone his 18-year-old self would like, and that means supporting certain policies at the government level.

“Anyone who needs to work in a job for a period of time that might not be aligned with their sense of purpose, because they need to provide for their family — that is a legitimate sense of purpose,” Sanberg added. “The first thing we have to do is we have to take care of our loved ones.”

Once you reach a point where you can secure those basic needs for your family, he said, “I think that’s when we need to ensure that what we’re doing is aligned with our sense of purpose and helping others and trying to create solutions that make a better world.”

After his departure from Wall Street, Sanberg went on to become a founding investor in Blue Apron, and then cofounder of Aspiration, a financial-services firm that sets out to help groups be part of a “good economy.”

“Where I think capitalism broke in the last couple of decades is that there was a divorce between money and value creation,” Sanberg said. “I don’t think that anyone begrudges profit. I think what people don’t like justifiably is when profit is born of creating destruction instead of value.”

Sanberg, who is working closely with the Biden administration, Insider reported, has been a long-time advocate for raising the minimum wage, calling for it to be raised to a “compromise” level above $15. According to Politico, he even briefed the Biden transition team on the issue. He told Insider that not including that hike in the American Rescue Plan was a missed opportunity and an “inexplicable failure.” (Sanberg endorsed Bernie Sanders in February 2020.)

Democrats are still hashing out the future of the minimum wage, with Sens. Mitt Romney and Kyrsten Sinema working on a bipartisan hike that could bring the wage up from $7.25 to $11 an hour.

Next up: A wealth tax

“From my vantage point, I want to live in a place where everyone is doing well,” Sanberg told Insider. “And as a wealth tax contributes to everyone doing better, it’s something that’s going to make my life a lot better too.”

Taxes on the wealthy are likely to get increased national attention in the coming weeks. The second part of President Joe Biden’s infrastructure package — which will focus on care infrastructure — will reportedly raise income taxes on America’s highest earners. It will also increase capital gains taxes.

Sanberg said that new research on how wealthier people dodge their taxes is disappointing: “They’re ultimately hurting themselves, because we all do worse when there are people suffering.”

The California tax, according to a study from several economists, could bring in around $22.3 billion a year — with half of the revenue coming from the state’s roughly 170 billionaires.

“The reality is despite what anyone might counter, anyone who has that wealth over $50 million — if they’re expressing God’s honest truth — they’ll acknowledge that their lives won’t change one single bit with a wealth tax,” Sanberg said. “But the lives of eight out of 10 people who live paycheck to paycheck will.” 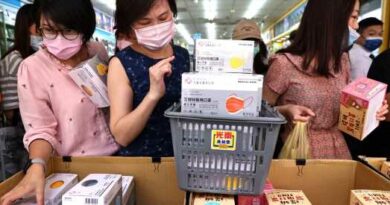 Taiwan sees a small outbreak, and its stock market plunges. 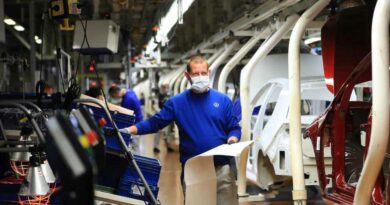