Home » Microsoft's $19.7 billion Nuance acquisition could be just the beginning of a major shopping spree that puts its $136 billion in cash to work 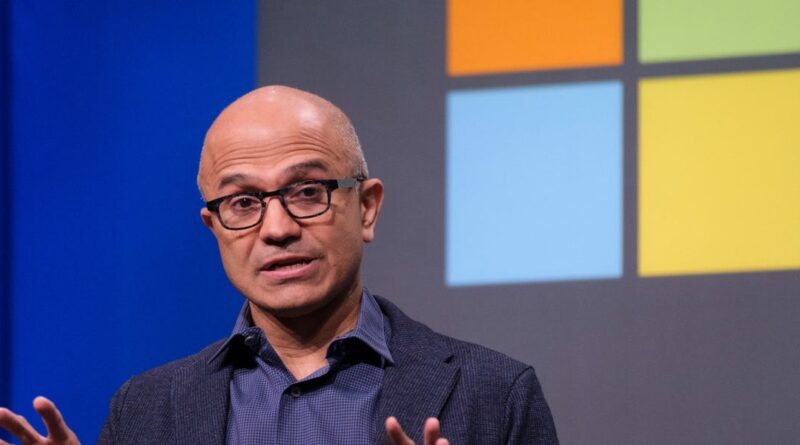 This week, Microsoft committed to paying as much as $19.7 billion for Nuance Communications, a company that once upon a time provided voice-to-text software for Windows and has since pivoted into artificial intelligence-powered assistance for health practitioners.

The deal — Microsoft’s second-largest ever after LinkedIn — follows a big run of M&A at the tech titan. In 2020 alone, Microsoft purchased video game publisher Zenimax Media (the company behind the “Elder Scrolls,” “Fallout,” and “Doom” franchises, among many others) for $7.5 billion, 5G networking company Affirmed Networks for a reported $1.35 billion, cybersecurity firm CyberX for for $165 million, and a handful of other smaller acquisitions besides.

Meanwhile, Microsoft is still said to be in talks to acquire Discord, the ubiquitous chat app, for as much as $10 billion. Then there are the deals Microsoft didn’t do: The company lost out to Oracle on the controversial (and apparently futile) bid for viral video chat app TikTok’s American business, and is said to have walked away from a potential deal to acquire Pinterest, too.

All of which is to say that, like many of us, Microsoft has apparently turned to retail therapy in the pandemic. Even for CEO Satya Nadella — who, in his seven years in the role, has overseen the $26.2 billion LinkedIn acquisition, not to mention the purchases of “Minecraft” studio Mojang for $2.5 billion and code-sharing service GitHub for $7.5 billion — this is an aggressive, expensive shopping spree.

But if you set aside the price tags on each of those recent deals for a moment, you begin to see some method to the mall madness: Microsoft is arguably the only Big Tech company in the right place at the right time to close all of these deals. And it’s an advantage that the company likely plans to continuing press against rivals like Google, Netflix, Apple, Amazon, or Facebook (the so-called FAANG companies) for as long as the getting is good, experts say.

“In an environment in which its FAANG brethren are up to their eyeballs in antitrust regulatory scrutiny both in the Beltway and Brussels, Microsoft (which has already lived through its regulatory trauma in the 1990’s/early 2000’s) now finds itself in an enviable position to be in ‘offensive mode’ when its comes to expanding its cloud M&A footprint,” Wedbush Securities’ Dan Ives wrote in a note following the Nuance deal.

Put bluntly: “Microsoft is on the M&A warpath over the next 12 to 18 months and Nuance could be the first step in an increased appetite for deals in 2021,” he added.

And while the billions Microsoft plans to spend on Nuance and perhaps Discord are eye-popping indeed to any objective observer, they also essentially amount to rounding errors against its $1.95 trillion market cap. The company has only benefitted from the pandemic-driven remote work surge, ending its 2020 fiscal year with $136 billion cash on hand.

“Microsoft has always been acquisitive but when your market cap is nearly $2 trillion, nearly all transactions are immaterial from a financial perspective,” Morningstar’s Dan Romanoff told Insider.

Here’s why Microsoft is putting its gains to work expanding and fortifying its empire at a time when its competitors are tangled in red tape — and what it might buy next:

Microsoft isn’t the only Big Tech company with deep pockets, but it’s uniquely well-positioned to make these kinds of big deals right now. With Google, Amazon, Facebook, and Apple all the subject of antitrust investigations that could make any kind of significant M&A an uphill battle for them, Microsoft has largely avoided any such concerns.

Much of the credit for that goes to Microsoft president Brad Smith, the face of the company when it comes to regulatory and public policy concerns, and its chief spokesperson on Capitol Hill. As Insider reported last year, Smith actually met with lawmakers ahead of the 2020 Congressional tech antitrust hearings to share Microsoft’s own experiences as having been under the same kind of scrutiny decades ago in the ’90s.

The company hasn’t totally dodged the issue: Slack — itself soon to be a Salesforce subsidiary after a $27.7 billion acquisition, barring intervention from the Justice Department — has complained to the European Commission that Microsoft’s practice of bundling Microsoft Teams with the Office 365 suite is anticompetitive. Microsoft responded by suggesting that if Slack is lagging in the market, it’s only because of deficiencies in its product.

Still, analysts and experts agree that Microsoft’s acquisition of Nuance, at least, is likely to sail through the regulatory approval process in part because of its size.

“Larger companies, ironically, are easier to glide through US regulatory approval than smaller ones,” Pat Moorhead, president and principal analyst at Moorhead Strategy & Insights, told Insider, “As smaller companies are looked at as the potential ‘next trillion-dollar companies,’ with the ability to compete with the largest companies some day.”

Why acquisitions could be a smart move for Microsoft

As Ben Thompson writes in Stratechery the Nuance acquisition shows Nadella taking a lesson from Google or Facebook: Money and a wide reach are well and good, but staying ahead of the curve in the tech industry and investing in future growth often means having to look outside your own four walls.

“The key insight for all of these big tech companies is that given their core business, cash is practically unlimited, even as said unlimited cash makes it harder to create the conditions for innovation,” Thompson writes. “Better to leave the innovation to startups and acquire the ones that make sense.”

Nadella’s philosophy of so-called “minimal integration” — allowing subsidiaries like GitHub, LinkedIn, and Mojang to operate almost entirely independently of the Microsoft mothership — allows Microsoft to reap the benefits of its growing empire without stifling whatever made those companies so interesting and widely-used in the first place.

So what will Microsoft buy next?

Ultimately, with Microsoft having so much cash in the bank, a booming core business, and some breathing room, there’s nothing stopping the company from getting out ahead of the pack and cutting deals.

“The market is very competitive right now and some moves might be good for the company,” analyst Carolina Milanesi of Creative Strategies told Insider, especially because it has the opportunity to “secure assets before competitors make their move.” This, naturally, raises the question of what else Microsoft would want to buy now that its stars are aligned.

Wedbush’s Ives suggested in his note to clients that Microsoft could snap up more customer relationship management (CRM) companies as part of its ongoing efforts to gain ground on Salesforce, a key rival, or that it could buy companies that serve specific industries, like manufacturing or retail, as part of its vertical push.

Some experts believe that the possible Discord deal and the failed TikTok bid, coupled with recent comments from Nadella on his belief in content and communities as a growth market, mean that Microsoft will open its wallet for anything and everything that could renew its appeal as a consumer company.

“[Social] media/consumer plays potentially abound to grow its consumer strategy, which has been on a treadmill approach the last four to five years,” Ives wrote.

“TikTok and Discord would have expanded the company’s reach with content creators and gamers, and all of the eyeballs that come with those assets,” Morningstar’s Romanoff said. “So the strategy is broad (looking for good assets that add capabilities or expand presence) and I think it continues given company’s balance sheet and strong free cash flow generation.”

Creative Strategies’ Milanesi suggests that Microsoft is in a good place to buy whatever it takes to keep its market cap growing beyond its pending $2 trillion milestone and take advantage of any opportunity it sees in cloud computing, the consumer space, or beyond — with money as no object, practically speaking.

“I am not sure the strategy is necessarily different,” she said, “It is just that what they need or want to use to accelerate growth ain’t cheap.” 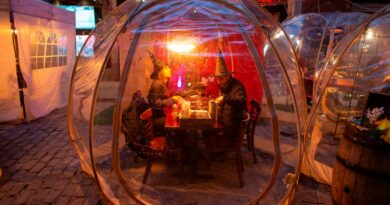 Get ready: Back to normal is coming very soon