Home » Business » MyRepublic managing director Lawrence Chan: We want to be known as the service provider with heart

Looking for the right mobile or Internet service provider (ISP) can be tricky, considering how many choices there are in today’s market. Some boast about certain speeds, but real-world experience may not always match the numbers on paper.

The user experience is the best yardstick. Imagine having a romantic Netflix movie date night in ruined due to slow Internet speeds, or missing the perfect moment to finish your enemy off in your Dota 2 ranked match because of a sudden lag spike.

For MyRepublic, being honest about its offerings ensures that customers get what they pay for. Just past its eighth year in Singapore, MyRepublic has become one of the leading mobile virtual network operators (MVNOs) and ISPs in the market, clinching not one but three key industry awards. It was recently awarded HardwareZone’s user’s choice award for best MVNO, as well as rated number one for Steam download speeds in Singapore on its GAMER Broadband plans, and Netflix streaming speeds overall.

Ever since it entered the communications ring in 2012, MyRepublic has aimed to be as open and honest as possible to ensure that people get what they want.

The company’s managing director Lawrence Chan, 35, attributes its success to its motto of always putting the customer first and not being afraid to break the mould — like being the first ISP in Singapore to offer 1Gbps fibre broadband at $49.99 a month in 2014, which was the cheapest plan available then at such speeds.

With greater competition these days, Mr Chan shares how he intends to keep delivering high quality products, and what lies ahead in the business of the Internet and telecommunications.

Q: How long have you been with MyRepublic, and in your current role as managing director?

A: I’ve been with the company from its nascency, joining it in 2012. I started my role as the Singapore managing director in July 2019.

I’ve also served in various roles including head of product and head of business development in MyRepublic Singapore, as well as vice-president of marketing and product, and director of retail in MyRepublic Indonesia since 2012. (Since its launch in 2011, the company has expanded to three other countries — Australia, New Zealand and a franchised operation in Indonesia.)

Q: What was the most important thing that enabled MyRepublic to gain a foothold in this business when it first started out?

A:This may sound clichéd, but it really comes back to putting the customer first in everything we do. All our major product milestones, like being the first ISP in Singapore to offer 1Gbps fibre broadband at $49.99 a month, our GAMER fibre broadband plans, or our worry-free mobile services launch in 2018 and subsequent refresh in 2019 were all built with the consumer experience in mind.

Any technology, methodology, or product that we develop must always be able to answer the question, “how does this make life better for our customers?”

Q: How does it feel to win these awards and accolades?

A: It’s honestly very humbling! We do our best to get the formula right, and while we can analyse how we’ve fared based on numbers, nothing beats a user’s choice award! We know we’re doing the right thing – for our customers – based on unbiased feedback in the form of these accolades and the various other channels we have. We’ve even just launched our first no-router broadband plans based on popular feedback we’ve gotten. Needless to say, we’re very happy to have won!

Q: How have the values of openness and honesty contributed to MyRepublic’s success over the years?

A: We’ve championed openness and honesty since MyRepublic was in its very early stages, and we have worked hard to maintain these values even as we scaled. One of our core tenets is really about being accountable to our customers and being forthcoming even when mistakes are made. Customers relate to us better and are more understanding when the rare issue arises.

Q: What has been the biggest change over the years and how does MyRepublic cope with the evolving demands of consumers?

A: I’d like to think we change every single day. We’ve been around for a while, and one of the biggest changes we’ve seen is the advent of MVNOs in the market. The market has become quite saturated, which leaves little wiggle room for differentiation.

We don’t want to be known as Singapore’s biggest telco or ISP. That’s something we’ll leave to our competitors. We want to be known as the service provider with heart. We think it’s something that sets us apart from the rest. When customers come to us, we want them to know that their every concern will be addressed while making everything as seamless as possible. We believe this is a winning strategy.

Q: What lies in store in MyRepublic’s future and what are the company’s future aspirations?

A: Most of our current plans are to go beyond Singapore, as we look to further expand our franchise business model in the region. For our existing customers, we’re redoubling efforts to create new and attractive products and services to cater to specific audiences, so keep an eye out for our new offerings. We’ll also be doing all it takes to win more customer choice awards!

Ranked number 1 in download speeds on Steam on GAMER Broadband

If you’re looking for an award-winning service with that extra personal touch, check out MyRepublic here:

Brought to you by MyRepublic 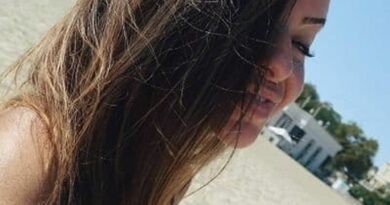 Mehul Choksi was planning to go to Cuba: Barbara Jabarica