LONDON (Reuters) – Britain’s NatWest Group NWG.L has kicked off a campaign encouraging customers to dump the discredited Libor lending rate, as the coronavirus pandemic slows the pace at which borrowers are shifting to alternatives.

FILE PHOTO: People maintain social distance while they queue outside a Natwest bank in Wimbledon, following the outbreak of the coronavirus disease (COVID-19), London, Britain, May 1, 2020. REUTERS/Hannah McKay/File Photo

The lender is writing to 3,500 companies to explain how delays in switching could increase the volatility of their borrowing costs and how to choose the most suitable new benchmark before Libor disappears at the end of 2021.

Authorities decided to phase out Libor after finding it had been rigged for profit, but Reuters reported in April that some businesses and banks were struggling to make the switch in the midst of a global pandemic. [nL5N2BW06G].

Global regulators are sticking to the current end-2021 deadline for scrapping Libor, which is embedded in up to $340 trillion worth of financial contracts worldwide.

But some borrowers remain slow to adopt rates such as Sonia, the sterling overnight index average, as they only show the interest due on a loan just before a payment is due.

Some companies are still structuring Libor loans that include clauses to switch to another rate at the end of 2021, while others are choosing base rate products, said Jamie Thrower, Libor transition lead for NatWest customers with more than 6.5 million pounds ($8.4 million) in revenues.

“We’re starting to see a very small handful of blue chips at the top of the pyramid going straight into a Sonia facility but it’s taken quite some time to get there,” Thrower said.

“The base of the pyramid comprises the majority of corporates for whom Libor transition has not grabbed their attention in the same way as other challenges they face.”

Thousands of British businesses are fighting for survival as a resurgent COVID-19 virus triggers new lockdown restrictions across the country.

Sarah Boyce, policy specialist at the Association of Corporate Treasurers, said fewer than 50% of respondents to its latest member poll in July said migration to new benchmarks was one of their top two priorities.

“Many corporates have needed to put Libor transition on the back burner whilst they focused on more immediate liquidity needs,” she said.

NatWest, formerly known as Royal Bank of Scotland before changing its name earlier this year, is the UK’s largest corporate lender by market share.

It said failure to address the changes could cost vulnerable companies even more, with forward-looking Libor subject to more volatility than Sonia, which is based on actual rates banks have paid to borrow from each other over a specific period.

“Our aim is to help customers understand and embrace what this new rate offers … it is a slight trade-off between certainty on price and lower volatility,” Thrower said. 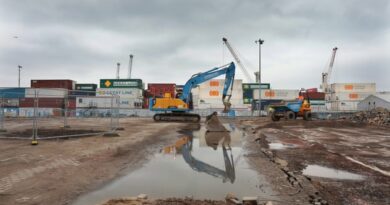 British ports say they are not ready for Brexit customs checks 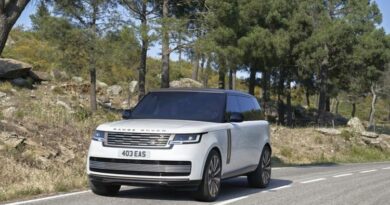