(CNN)Actress Priyanka Chopra has posted a picture of herself wearing a mask while filming in New Delhi, as the heavily polluted Indian capital grinds to a halt amid “unbearable” levels of smog.

“It’s so hard to shoot here right now that I can’t even imagine what it must be like to live here under these conditions,” Chopra wrote on Instagram Sunday, while authorities in the city scrambled to deal with smog so toxic it grounded flights and forced schools to close their doors.
“We r blessed with air purifiers and masks. Pray for the homeless. Be safe everyone,” Chopra added, alongside a call for “solutions” to the crisis.

Shoot days for #thewhitetiger. It’s so hard to shoot here right now that I can’t even imagine what it must be like to live here under these conditions. We r blessed with air purifiers and masks. Pray for the homeless. Be safe everyone. #airpollution #delhipollution? #weneedsolutions #righttobreathe

The pollution, described as “unbearable” by Delhi’s chief minister and registered as hazardous on the global air quality index (AQI), is set to envelop the region for at least another week.
A public health emergency has been declared in the city, where authorities have halted work at construction sites, handed out face masks to millions of children and instituted new traffic controls limiting the number of cars on the road.

Most residents who can afford to are staying home, though working class Delhiites are left with little choice but to venture outside.
Chopra drew further attention to the crisis while on the set of “The White Tiger,” a Netflix adaptation of Aravind Adiga’s 2008 novel. While growing up, the actress moved between several cities in India, which contains 22 of the world’s 30 most-polluted urban areas. 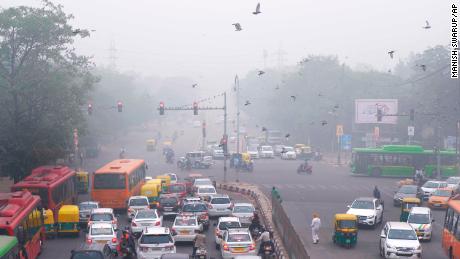 Smog in Delhi — already ranked as the most polluted city in the world — worsens at this time of year as temperatures drop and farmers light fires to clear their land.

But this year’s smog has been much worse than usual. “Life in the smog is very strange,” Siddharth Singh, a resident of Noida, a satellite city of Delhi, told CNN. “Many people have a persistent dry cough and itchy eyes. Everything is hazy, so the eyes don’t focus on objects in the distance. Everything looks morose.”
India’s capital also has a major problem with traffic pollution and, even before the latest drop in air quality, had announced plans to implement an odd-even car registration plate rule this month for the first time since 2016, taking more than 4 million cars off the roads each day. Anyone caught breaking the rules faces a fine of 4,000 rupees ($56).
Source: Read Full Article 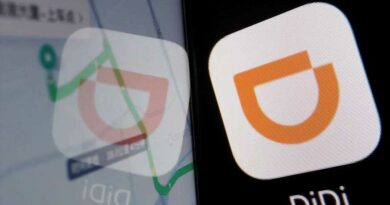