A federal district court has ordered a New York company to stop distributing adulterated and misbranded dietary supplements in violation of the Federal Food, Drug, and Cosmetic Act.

The U.S. Department of Justice said that the U.S. District Court for the Eastern District of New York permanently enjoined three Edgewood-based firms – ABH Nature’s Products, Inc., ABH Pharma, Inc. and StockNutra.com, Inc – and their owner, Mohammed Jahirul Islam, from distributing adulterated and misbranded dietary supplements. Together, the companies are known as ABH.

As part of the injunction, ABH and Islam must hire an independent expert to inspect the company’s facility and certify that the facility has corrected all deficiencies as well as implemented good manufacturing practices.

The defendants must also engage a labeling expert to review their product labeling and certify that claims on their products comply with the law.

“Today’s injunction reflects the Department of Justice’s commitment to protect consumers from adulterated and misbranded dietary supplements. The Department of Justice will work with the FDA to ensure that dietary supplements are manufactured according to food safety laws and accurately describe their ingredients,” said Assistant Attorney General Jody Hunt of the DOJ’s Civil Division.

These actions resolve a complaint filed by the DOJ in November 2019 at the request of the FDA. According to the complaint, ABH and Islam “manufactured, prepared, labeled, packed, held and/or distributed dietary supplements under conditions that failed to comply with current good manufacturing practice regulations.”

ABH allegedly made claims on product labeling that such products could be used to treat medical conditions such as cancer, heart disease, HIV and AIDS, despite the FDA not having approved those products for those purported uses.

There were no published adequate and well-controlled investigations showing that such products are generally recognized as safe and effective for any use.

The defendants agreed to resolve the complaint and be bound by a consent decree of permanent injunction. 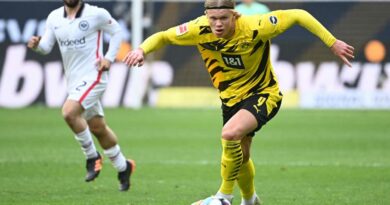 Energy stocks have not flashed this bearish signal since 1931, Oppenheimer analyst says