E-commerce adoption accelerated massively in 2020, and it’s not slowing down. But online sellers still face challenges when it comes to converting browsers to buyers.

Often, it’s friction at checkout that keeps online shoppers from ultimately placing an order. Now, there’s a cohort of startups looking to solve that problem for online merchants.

PeachPay, which launched in January, is one of the newest entrants offering one-click checkouts for merchants. The startup  just inked a partnership with WooCommerce, the e-commerce provider for WordPress-powered sites. Both WooCommerce and WordPress are owned by parent company Automattic, which was last valued at $3 billion in 2019.

WooCommerce is also investing in PeachPay, participating in its $1.5 million seed round that is currently being raised and is about 30% filled.

PeachPay cofounder and chief growth officer David Mainayar likened the current buzz around one-click checkout to the buy now, pay later industry, which saw massive growth in 2020. And operating in an up-and-coming segment doesn’t hurt when it comes time to fundraise.

As it grows, PeachPay will also compete with more-established startups like Bolt and Fast, which also have integrations on the WooCommerce platform.

“It feels like one-click checkout is having its time in the sun or beginning to,” Mainayar said, “so, that’s helped tremendously.”

PeachPay was founded by by three recent college grads

Mainayar, who graduated from UC Berkeley in 2020, met cofounder and CEO Aaryaman Anerao while interning at Kiwi Campus, a food delivery robotics startup that was part of UC Berkeley’s startup accelerator, Skydeck. They brought in cofounder and CTO John Jago, one of Anerao’s classmates from the University of Iowa, where they both graduated in 2020.

Each bringing their own complimentary skills to the table, the trio set out to start something together.

All that was missing was a problem to solve.

In May 2020, following a less-than-smooth checkout experience on a small retailer’s new online store, the team started researching the e-commerce and checkout space. The problem was clear: Having to manually enter payment and shipping details at checkout was a leading reason that shoppers weren’t completing their purchases.

“We landed on something we can execute, and something that we’re actually well-qualified to do, which was targeting WooCommerce stores with a one-click checkout solution,” Mainayar said.

The trio had experience with the WordPress and WooCommerce interfaces, and targeting this segment of online retailers seemed a feasible route for PeachPay. PeachPay is currently live with more than 100 merchants. Now that it’s integrated with WooCommerce, PeachPay’s reach will expand to millions of potential merchant customers.

To be sure, it’s still early days. For now, PeachPay is focused solely on the WooCommerce ecosystem and growing its network of merchants in customized ways. While PeachPay’s brand is part of the experience in some cases, it’s also allowing customers to rebrand the offering as their own, a distribution strategy known as white-labeling.

But in time, as more consumers discover PeachPay through these merchants, it’s hoping that its own brand will have enough clout to transition away from bespoke, white-labeled solutions.

“This is something you do in the short term, to make merchants more amenable to the idea of adding this button to their site,” Mainayar said. “Right now the brand doesn’t carry a whole lot of weight, but you know, hopefully that changes sooner rather than later, and then the brand becomes the only experience we provide.”

That’s not to say PeachPay will stop white-labeling all together. Similar to Bolt, it will likely pursue a hybrid model, Mainayar said.

One-click checkout is a competitive space

PeachPay is wading into a competitive market, but the team is confident that there’s space for them alongside the likes of Bolt and Fast.

And it’s in conversations with merchants that Mainayar believes the PeachPay team is in the right place at the right time.

“If a merchant is asked, ‘how are you fixing cart abandonment?’ They will often answer, ‘Oh, I’m sending my customers those annoying emails, like ‘you left something in your cart,'” Mainayar said. 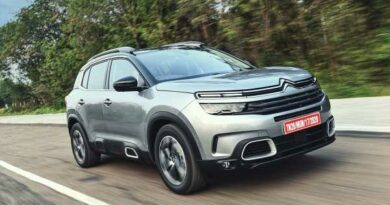 The comfortable SUV from Citroen is here