LONDON (Reuters) – Share markets slipped on Thursday as uncertainty over the outlook for U.S. interest rate cuts left investors on edge, with the release of minutes from the Federal Reserve’s last policy meeting exposing rifts over its recent easing. 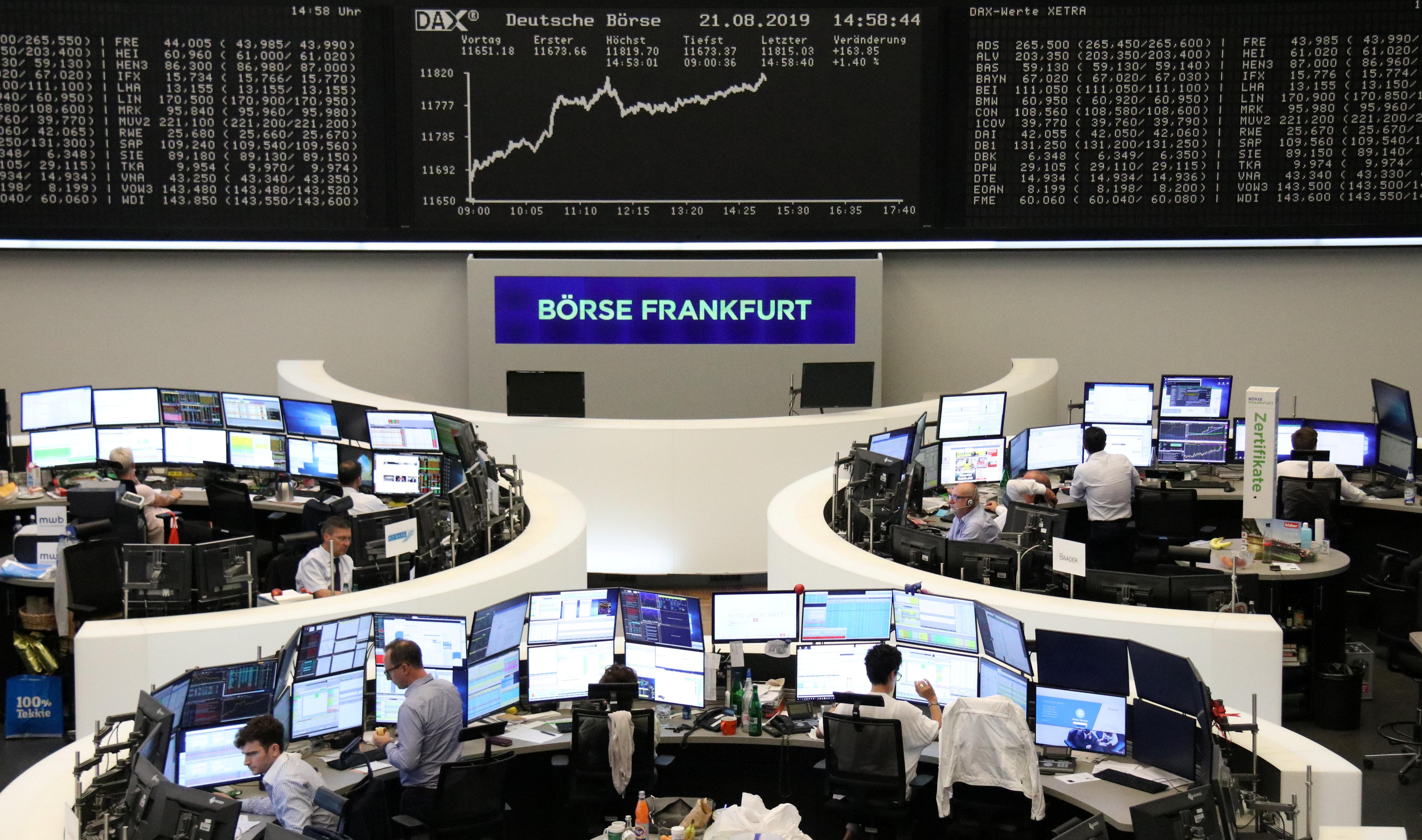 The Chinese yuan’s slump to an 11-year low also sapped their appetite for risk, with dealers saying state-owned banks were seen selling dollars to support the yuan.

The MSCI world equity index, which tracks shares in 47 countries, edged down 0.1%. In Europe, the Euro STOXX 600 fell 0.2% in choppy trade, following a 0.6% drop in MSCI’s broadest index of Asia-Pacific shares outside Japan.

Minutes of the Fed’s July meeting showed deep splits among policymakers over whether to cut interest rates last month, though there was some unity in wanting to signal it was not on a preset path to looser policy.

The Fed cut rates by 0.25% in July. While a “couple” of Fed members supported a deeper cut of half a percentage point, the minutes showed, a larger number favored no change at all.

That reluctance to loosen policy seems at odds with the expectations for a cut of over 100 basis points by the end of 2020 that are already priced into markets.

Market players said that the minutes reflected a dissonance between the predictions of easing – fueled by geopolitical concerns such as U.S.-China trade tensions and economic weakness in major economies such as Germany – and the apparently solid fundamentals of the U.S. economy.

“The update last night was a bit of a reality check – maybe don’t get ahead of yourself on what the Fed is going to do,” said David Madden, market analyst at CMC Markets.

“If you forget about the geopolitical headlines, forget about what the bond markets are doing, and look at the underlying indicators of the U.S. … people are in jobs, earning decent money, and more importantly spending money.”

Indeed, the apparent strength of the world’s biggest economy was on display on Wednesday, where Wall Street basked in surprisingly upbeat results from retailers that sent Target surging 20% and Lowe’s Cos up 10%.

But beyond the United States, worries about the fragility of the global economy were evident in data from Europe on Thursday.

Germany’s private sector continued to struggle in August, suggesting further that Europe’s largest economy is heading for a recession after its economy shrunk between April-June.

Euro zone business growth expectations also fell to their weakest in more than six years on trade war fears, even as the expansion picked up a touch in August.

The Fed minutes raised the stakes for Chairman Jerome Powell’s remarks on Friday at the Fed’s annual policy retreat in Jackson Hole, Wyoming – an event investors are waiting for with bated breath.

“Jackson Hole is big,” said Markus Schomer, chief economist at PineBridge Investments. “The Powell speech will be hugely important – there is a lot of pressure on him to deliver something for everyone.”

U.S. President Donald Trump has been urging larger rate reductions, with proponents of looser policy pointing to the need to lift inflation toward the Fed’s target and thwart fallout from global trade tensions.

And those trade worries played out again in currency markets, where the fall in China’s yuan to 7.0752 per dollar, its lowest since March 2008, promoted a rush to perceived safe-haven assets such as the Japanese yen.

Currency traders said that while the Chinese economy’s slowing growth meant pressure had been building on the renminbi from long before, the new fall suggested Beijing was prepared to use the currency as leverage as trade tensions simmer.

“This indicates that this is an instrument of the Chinese government in the trade war. It is allowing for renminbi weaknesses,” said Thu Lan Nguyen, FX strategist with Commerzbank in Frankfurt.

“It is an indication that they are expecting the trade war to continue, to last longer than they anticipated last year.”

In commodities, oil prices dipped on worries about the global economy and bigger-than-expected buildups in oil product inventories in the United States, the world’s biggest oil consumer. 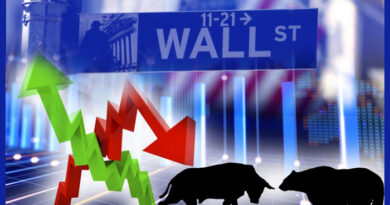 Amazon hiring 1,500 workers as it readies for ‘biggest ever Black Friday’