Toronto is proposing a tax on empty homes as concerns build over speculators’ role in driving up housing costs in Canada’s largest city.

If adopted, the tax would bring in as much as C$66 ($52 million) million in revenue, assuming 1% of Toronto’s housing stock is currently empty and those owners chose to pay rather than rent out their properties, according to astatement on Thursday.

The proposal calls for the levy to be implemented in 2022, part of a bid to free up rental housing in one of North America’s tightest markets and generate revenue that could be used for affordable housing.

“We simply can’t afford, from the housing supply perspective, to have housing accommodation for thousands of people sitting empty,” Toronto Mayor John Tory said in a statement. “You can live in it, you can rent it, but if it sits empty you will pay a tax that helps us build more affordable housing people can live in.”

As governments across the world face pandemic-fueled shortfalls, lawmakers are looking at new real estate taxes as way to plug shortfalls. The proposal in Toronto comes after Prime Minister Justin Trudeau said earlier this week that Canada would impose a tax on “the unproductive use” of housing by non-resident foreign owners sometime over the next year.

A recent report from Canada’s national housing agency found that a pair of similar taxes by local governments in British Columbia may have caused nearly 9,000 condominiums to be converted to rentals in Vancouver.

While rent has dropped in Toronto in recent months as the coronavirus rattles the economy, the city’s rental market remains tight.

In September, the vacancy rate for apartment buildings in the Toronto metropolitan area reached the highest in 10 years, but at 2.4% that’s still far lower than New York or San Francisco, expensive U.S. cities that have taken a hit as residents flee for more space in the suburbs.

A report recommending the Toronto levy on vacant homes is scheduled to go to Toronto’s executive committee next week. 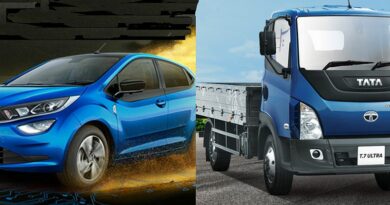 Richard Branson to sell $500m worth of Virgin Galactic shares