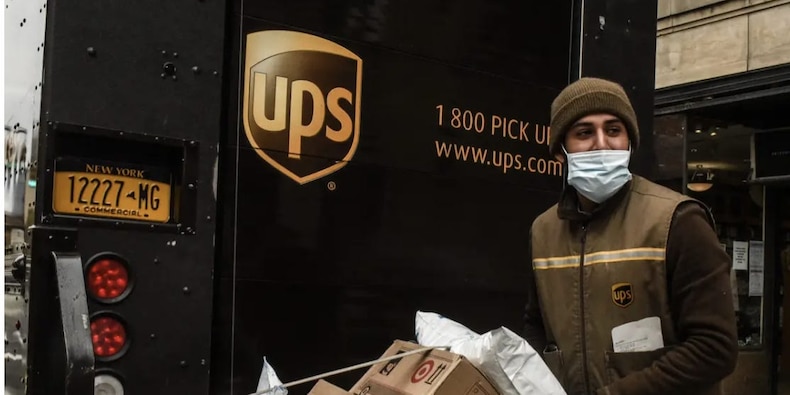 Shares of UPS jumped as much as 12% on Tuesday after the company posted a strong first-quarter earnings report bolstered by a surge in e-commerce deliveries.

UPS raked in $22.91 billion in consolidated revenue in the first quarter, up 27% year-over-year, beating analyst estimates by $2.17 billion.

Total delivery volume was up 14.3% during the quarter as e-commerce deliveries surged. UPS also said it repaid $1.5 billion in long-term debt in the first quarter of 2021, and its debt repayments for the year will total $2.5 billion.

However, GAAP results did include a net benefit of $2.4 billion in the quarter as a result of the American Rescue Plan Act of 2021 (ARPA), which made the company reclassify much of its pension expenditures.

UPS also said in its earnings release that the sales of its freight division is expected to go through in the second quarter. The company announced the $800 million, all-cash sale of its unprofitable freight business to the Canadian firm TFI International back in February.

"During the quarter, we continued to execute our strategy under the better, not bigger framework, which enabled us to win the best opportunities in the market and drove record financial results," Carol Tomé, UPS' chief executive officer said.

UPS said it wouldn't give guidance for revenue or diluted earnings for the rest of the year due to economic uncertainty and that it has no plans to repurchase shares.

The stock is up nearly 15% over the past six months.

FedEx shares also jumped as much as 6% on Tuesday after UPS' positive earnings results.

Short Sellers Can’t Make Up Their Minds on Big Pharma

Ex-Bloomberg Reporter Who Covered Martin Shkreli Reveals Relationship With Him 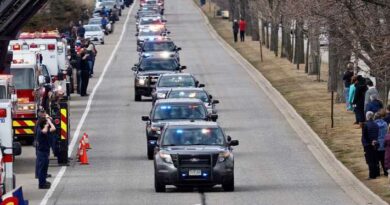 Our flag flies at half-staff