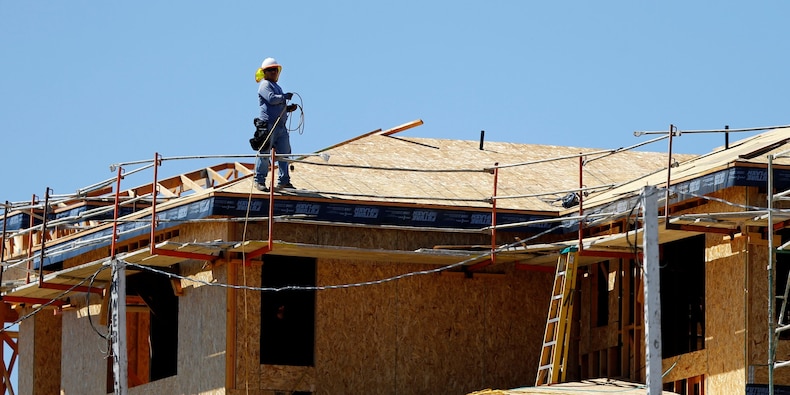 US home prices soared in the year to January, rising at their fastest rate since 2006 as low interest rates and supply constraints fueled a housing boom.

Yet Goldman Sachs thinks the rally has much further to go: It upgraded its 2021 house-price appreciation forecast to 6.8% from 4.7% previously.

Analysts at the Wall Street giant, led by Apurva Gundaria and Marty Young, said in a note on Wednesday: “Underwhelming supply appears to be the primary driver of continued high levels of house price appreciation.”

Goldman said supply of single-family homes plunged to a record low in early 2020 and has kept falling in the first months of 2021, with supply close to 50% lower by some measures.

The bank said that even the recent rise in mortgage rates, spurred by rising bond yields, was unlikely to hold back the rally because supply continues to lag demand.

“In our view, this supply crunch is driving another leg up in home prices,” the analysts said. “Though mortgage rates have backed up in recent weeks, they still remain below their pre-pandemic tights and the backdrop for housing demand remains supportive.”

However, Goldman said the ongoing boom in housing would slow in 2022. It downgraded its 2022 house-price appreciation forecast to 3.9% from 4.6% previously.

Goldman issued its latest predictions after the S&P CoreLogic Case-Shiller house price index rose 11.2% in January year on year, the fastest rise since 2006 and above economists’ expectations.

Analysts say record-low interest rates have been a key factor, but the desire for more space during the coronavirus crisis has also been important.

“The pandemic incentivized people to dedicate more of their spending on improving their living situations,” James Orlando, senior economist at TD Economics, said in a note. “The consequence has been more buyers either upgrading, or entering the marker earlier than they had planned.”