This will allow the firm to capture the growth opportunities in the region and support budding enterprises here, Lightspeed partner Akshay Bhushan told The Straits Times.

While it currently operates with a tight team of five here, four of whom are investment professionals, the firm will evaluate its manpower needs as its investments in the region increase over the next few years.

The decision to set up its South-east Asia headquarters amid the coronavirus pandemic is partly due to the crisis, Mr Bhushan said.

“(We’ve seen) in the region a very strong uptake of digital services and accelerated innovation and in some ways, it’s forced innovation – both from consumers as well as businesses… It only makes our investment in the region even more timely.”

Several of its other ventures, such as artificial intelligence solutions firm Yellow Messenger and hospitality chain OYO Rooms, are scaling up their business in Asean and have their regional headquarters in Singapore, the firm noted.

Its expansion here is a further testament to Singapore’s position as a start-up hub in the region, being home to some 3,800 start-ups and providing access to many other fast-growing companies in Asia.

Around 92 VC firms and active investors are located in Singapore and invest in firms across various growth stages.

A spokesman for the Action Community for Entrepreneurship, the national body for Singapore’s start-up ecosystem, said that the new VC firms bring with them new perspectives and networks.

Extensive networks both within and outside Singapore are one of the reasons for the Republic’s status as a tech hub, he added.

The spokesman highlighted that VCs locate themselves in Singapore knowing that the flow of deals comes not just from the Republic but also throughout the region.

“VCs also know that in an industry where there is more collaboration than competition, deals are often worked on together by multiple investors and therefore being in Singapore facilitates deal-making,” he said.

Both private equity and VC activity slowed in South-east Asia in the first quarter of 2020, with a total of 141 deals worth US$1.4 billion (S$1.9 billion) announced, according to a report by professional services firm EY. This was a 65 per cent plunge in aggregated value of deals compared with the same period in 2019. 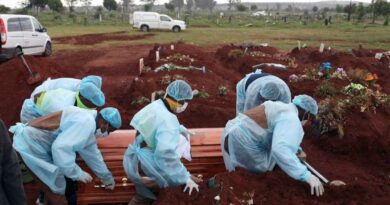