It’s the unknown unknowns you really have to watch out for.

As former US defence secretary Donald Rumsfeld famously pointed out back in 2002 before the Iraq War, when you are trying to navigate the various risks facing you – whether it’s the existence of weapons of mass destruction or the likely economic impact of Brexit – the first step is to understand how many of them you know, or are even capable of knowing.

He said: “There are known knowns; there are things we know we know. 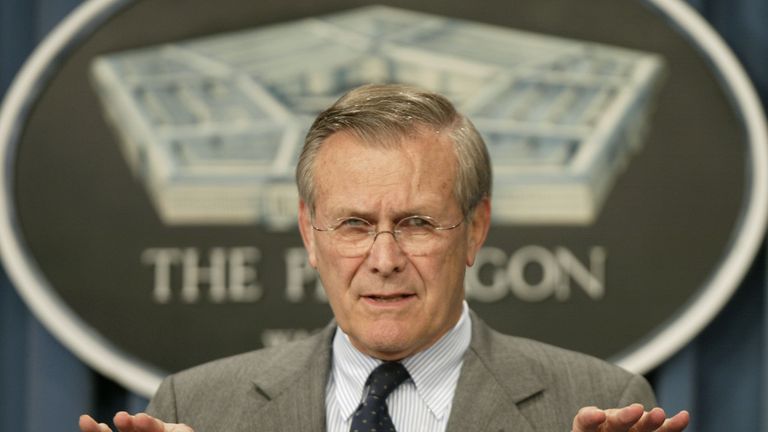 And in a sense, the Yellowhammer document published by the government this week is an exercise in laying out precisely what we do know and don’t know about the impact of a no-deal Brexit.

How does one quantify the potential short-term impact of something as momentous as a no-deal Brexit: Britain breaking up with its biggest trading partner without any agreed deal to smooth the transition?

The short answer is: with great difficulty.

And perhaps the most striking thing about the Yellowhammer document is how many of the items fall into the “known unknown” category.

We know, says the document, that business and households will have a low level of readiness for a no deal Brexit, but we have little sense of just how ready.

We know that broadly speaking bigger businesses will be better placed and smaller businesses more exposed, but which companies?

We know Britain will be classed as a third country, in other words liable to pay EU tariffs, but we don’t know how stringent the day one checks will be in Calais or indeed in other European countries.

We know there will be passenger disruption but we don’t know at which transit points.

We know there should be no disruption to electricity supply, but we don’t know how much prices will increase.

We know fresh food supplies will decrease, but we do not know how much.

We suspect that despite work from the Bank of England and Financial Conduct Authority to prepare for no-deal, some financial services will be disrupted, but not how much.

We know the UK will be in highly dubious legal territory when it comes to flows of data into and out of the EU, breaching GDPR regulations – but we don’t know how hard those laws will be enforced.

We don’t know what happens to UK citizens based in the EU: they will lose EU citizenship and rights, but how much will this affect their access to healthcare?

We know there will be protests, but how many and how much public disorder will ensue?

We know low income groups will be most affected by the disruption, but what scale are we talking about and what fiscal response is necessary?

We know there could be clashes between fishing boats as the rights of EU fishers to be in UK waters, and vice versa, suddenly disappear, but how many, where and to what end?

You get the idea.

Up until recently there was only one straightforward known known about Brexit: that Britain would leave the EU, come hell or high water, on 31 October, but that too is now a known unknown, following the recent parliamentary votes compelling the prime minister to seek an extension if he can’t get a deal.

There has been plenty of quibbling over the past 24 hours about whether these documents are a worst-case scenario or indeed a base case for the UK in the event of a no-deal Brexit, but in a sense this misses the point.

The point is that despite years of work trying to game out the consequences of a no-deal Brexit, the government remains essentially ignorant about the scale of the impact or its nature.

And in the government’s defence, it is not altogether clear there is much way of turning any of the above into known knowns.

For one thing, much of the impact will depend on how our trading partners react to a no-deal – something we don’t know about for sure until day one. 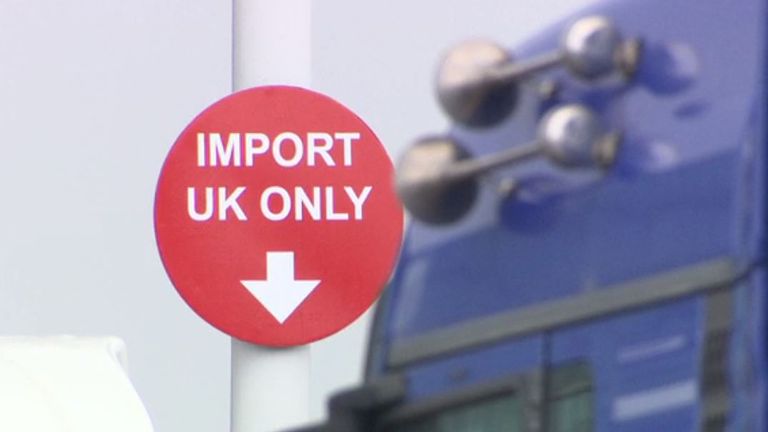 It might be that French border guards waive some of the checks they are usually obliged to carry out on non-EU vehicles.

It might be that they go in the other direction.

It might be that businesses stockpile precisely the right amount to bide them through the initial months of Brexit, but this too seems unlikely.

But this is the consequence of an open, highly-integrated economy like the UK suddenly rupturing its legal links with its biggest trading market: a lot of very big question marks.

None of this is to say this exercise is useless: understanding what the known unknowns are helps you confront crises.

If you know there could be medical supply disruption through Dover you can start to prepare alternative routes, for instance.

Still, as Rumsfeld pointed out, the known unknowns are not the thing that should keep you up at night: “If one looks throughout the history,” he said back in 2002, “it is the latter category [in other words the unknown unknowns] that tend to be the difficult ones.”

Well, by definition, no-one knows, but it’s worth reflecting on what happened in 2008.

When Lehman Brothers collapsed, no-one appreciated the impact it would have and the millions of connections and financial links spread around the economy caused untold chaos.

Businesses which thought they had no exposure whatsoever to Lehman Brothers suddenly found themselves facing their own financial crisis.

It is not implausible to imagine something similar happening around a no-deal Brexit, as the chaos effect of departure causes entirely unpredictable shocks throughout the economic and civic system.

Then again, maybe nothing will happen.