The number of patents relating to blockchain in on the rise. According to data collected by the Korean Intellectual Property Office, more than 1240 applications for blockchain-related patents had been filed across South Korea, the United States, Japan, China, and Europe by the end of January 2018.

South Korean news source the CS Times reported that the vast majority (78%) of the applications filed came from the US and China, while Korea was responsible for 8%. 3% of the applications were of Japanese origin. Many of the products patented were focused on the application of blockchain to logistics, medical services, and public services.

While the majority of the patents being filed are spread across a host of newcomers and startups in the blockchain field, we know that there are plenty of well-established firms that have invented and patented blockchain products of their own within the last year.

Among other blockchain-related filings by Mastercard,  the company filed for a blockchain-based payment system in November of 2017. Bank of America has filed multiple applications for blockchain products over the past several years. Walmart, IBM, Goldman Sachs, and JPMorgan Chase are also counted on the list of filers.

The accelerating rate at which blockchain-related patents are appearing on the scene is certainly a sign of the times. Nick Spanos, founder and CEO of Blockchain Technologies, said that patent wars similar to those fought during the software boom of the late 1990s are “inevitable.”

A report by Alix Partners entitled ‘The Race to Patent the Blockchain’ published in September of 2016 reads: “ the race to patent [blockchain] could lead ultimately to the next big battle over technology standards and who owns them.”

In the same report, JPMorgan’s Andy Cadel said that “if we invent something and we file a patent, that means no one else can patent it. We don’t want to find ourselves locked out of using our own invention.”

In December of 2017, CNBC reported that ‘patent trolls’ were coming for blockchain–individuals and entire firms who seek to make fortunes off of amassing blockchain patents. Nick Spangenberg, a notable patent entrepreneur, has said that his firm IPwe is also looking to make big money by reforming the whole patent world.

“It is a curious path how a collection of misfit trolls, geeks and wonks ended up here—but we are going to crush it and make a fortune,” said Spangenburg.

Indeed, it seems that everyone wants a piece of the blockchain patent pie–we’ll have to wait and see who will actually get it. 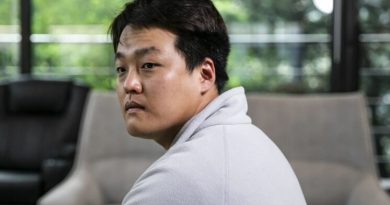 Crypto and the Latency Arms Race: Crypto Exchanges and the HFT Crowd