The founder and CEO of a digital currency company has said that the market will boom again this year when big investors move into the industry.

At present, the market looks far from booming. It was reported earlier today that the cryptocurrency market capitalisation had fallen below $300 billion during early morning trading amid a selloff of major coins. Even though bitcoin is back over the $8,000 mark, at $8,075, according to CoinMarketCap, it’s still struggling to gain traction. Ethereum is currently down by nearly 20 percent over seven days, at $462, whereas fifth-placed litecoin is valued at $138, representing a 19.48 percent drop in the past week.

Yet despite the woes the digital currency market is experiencing, Bill Barhydt, CEO and founder of Abra, a digital wallet that holds up to 20 cryptocurrencies and 50 fiat currencies, remains confident in where it’s heading.

In an interview with Business Insider, he said:

I talk to hedge funds, high net worth individuals, even commodity speculators. They look at the volatility in the crypto markets and they see it as a huge opportunity. Once that happens, all hell will break loose.

Barhydt added that ‘once the floodgates are opened, they’re opened.’

At the end of last year, the digital currency market saw a surge in value, pushing its market cap to more than $800 billion at the start of January. Since then, though, a number of factors have impacted market values, which has seen the combined total slump to $300 billion, at the time of publishing.

Significant factors, among others, that have produced a dent in the value of the industry include a cryptocurrency ban from the likes of Facebook, Google, and more recently, Twitter. Regardless of market prices dropping in value and Google searches for bitcoin hitting its lowest level in five months, Barhydt is of the opinion that they will recover later this year.

Even though regulators are cracking down on the industry and applying pressure for the market to be regulated interest in the sector is still evident. Whether or not the market makes a turnaround this year remains to be seen, but it’s certainly what most people are hoping for. 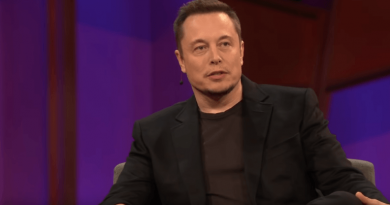 Justin Sun: Why TRON-Powered Stablecoin $USDD Is Better Than ‘DAI, UST, and Other Stablecoins’