April fool’s day was full of pranks and jokes for the crypto-market. Already the cryptocurrency market is not doing well, any small good news creates a ray of hopes in people who have invested money in cryptocurrency. People seeing fake announcements was hoping well but later found that they were fooled on Fool’s day that is on April 1st.

It is not the first time that pranks are jokes were played on this April Fool’s day, it has become a custom now, people have been doing this for a very long time. Posting fake announcements, blogs related to new crypto coins issuing and other such things.

A series of such news can be found all over cryptocurrency related news platforms. In 2015, a fake blog was posted on subreddit/r/bitcoin was about a comeback of all the Bitcoin stolen, from Mt. Gox, the crypto exchange that has been de-functioned now, by a previous DEA agent seeking a deal for a plea.

In 2017, Ethereum co-founder, Vitalik Buterin, himself posted a prank claiming that Ethereum would modify Proof of Authority algorithm, from Proof of Work Algorithm in 2018. This year too, he posted another blog prank this Fool’s day regarding the announcement of the launching of Ethereum stable coin named as World Trade Franc. He also described Jesus Coin as “The currency of God” on Twitter in one of the other pranks related to him.

One of the Reddit users also felt the spirit of celebrating a fool’s day so, he posted that Tether had launched their long time awaited complete audit with the below caveat:

“Just joking, they will not do that.

One of the top cryptocurrency price listing sites named CoinMarketCap for its listed assets has added a Lambo currency reference. From it, one can see that how much a cryptocurrency worths in terms of Lambo. For instance, Bitcoin worth in today’s date is $6,561, 1 Lambo of CoinMarketCap is equal to $200,000.

With a wind of cryptocurrency pranks, many of the sites also flew with their fake cryptocurrency launching. Blogging site Tumblr did the fake launch of TumbleCoin and HouzzCoinzz were fakely launched by a design site Houzz.

In between all this, a cryptocurrency commenter tweeted on WhalePanda that the real joke of April’s fool is the Bitcoin price itself.

Similarly, Facebook fake ICO story, blockchain joking has been reported on Google ICO. According to one of the pranks, the search engine coin named Googol is not powered by Blockchain. 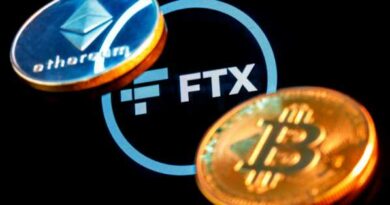 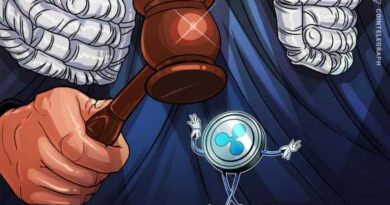