HUMOR: Mikeinspace and Bitcoin Car Talk are back! This week’s special guest is crypto investor and commentator Ari Paul, although we’re not sure exactly which is which. You see, they kind of look similar to us. It’s the same prosopagnosia that once caused us to mix up Vinny Lingham and Vitalik Buterin, with hilarious results. But that’s another story for another time.

This latest episode accidentally reveals Daniel Krawisz as the dark mastermind behind Bitcoin Car Talk, as he ponders podcast forks and a backup for host Mikeinspace (who’s been rarer in 2018 than a green candle on a crypto price chart).

Never fear though, a new host is quickly cloned and strapped struggling into the driver’s seat for another white-knuckle ride down the 401.

The Actual Point: Who Is Ari Paul?

It’s a tricky question since even MikeinSpace doesn’t seem to know — but it’s that kind of week. Ari Paul is co-founder and CIO of cryptocurrency investment firm BlockTower Capital, a regular guest on industry podcasts and prolific crypto-tweeter.

Since it’s the most efficient way to pad this article’s word count while remaining informative, let’s just copy-paste Paul’s bio from his blog, The Cryptocurrency Investor:

In true Bitcoin Car Talk tradition, Paul reveals very little insight in the interview. However we encourage you to watch the video, follow him on social media and listen to his words anyway.

Also, if you’re a fan of Mikeinspace, check out his other work on Twitter and BitcoinCarTalk.com.

Are you enjoying Bitcoin Car Talk? Got any feedback for Mikeinspace? Let us know in the comments. 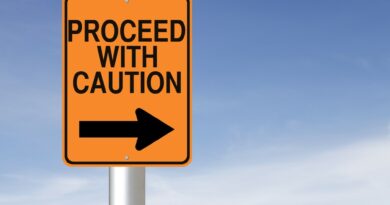 TA: Why Ethereum Must Clear $3,400 For Hopes of a Fresh Increase