Home » Crypto » Bitcoin Loses Its Value And Reaches Below $8000

Bitcoin is facing a lot of ups and down

Bitcoin lowering its value reaches below than $8000. The cryptocurrency was trading at $7886 by 3:04 PM, Monday. The prices went down may be due to the announcement made by Twitter on Monday. After Facebook and Google now, Twitter announces a ban on all cryptocurrency related ads.

The motive behind banning these ads is to not support any fraud, involved in these ads to maintain the users’ trust that these ads platforms advertise only genuine ads. Banning on such Platforms will also crack down Initial Coin Offerings fraud.

Spencer Bogart, the partner at Blockchain does not agree with the fact that the prices got down only because of the Twitter announcement. However, he is also surprised by Twitter’s move as according to him Jack Dorsey believes in cryptocurrency to the great extent, sharing Jack’s personal stance on Bitcoin. Dorsey is the CEO of Twitter and Square, he asserted that Bitcoin is going to become the single digital currency globally within the next ten years. After being puzzled, Borgat said that he will read between the lines regarding this move of Twitter.

According to CoinBase, Bitcoin Started this year more than $13,000 and it has seen so many downs till now. In late January, after Facebook declaration made regarding crypto ads ban, the digital currency dropped by 12%. However, announcement toward G-20 Summit made to grow crypto market to $9000. After the G-20 Summit, the central banker told that although Cryptocurrencies poses risks but should not be banned completely, according to the Reuters. Yet now, Bitcoin has again taken U-turn to the decreased value and is down by 42% since the starting value thud year.

Not only Bitcoin, the whole crypto market is seeing the lower values. Ethereum has decreased by 45%, Litecoin by 40%, Ripple by 38% and Bitcoin cash nearly by 29% from the values starting this year. In the same manner, Altcoins has lowered by double-digit this year. 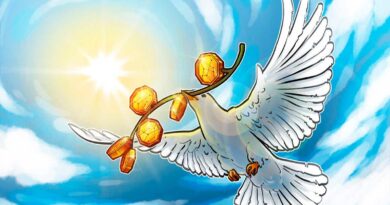