Bitcoin formed a small double bottom pattern better seen on short-term time frames, signaling that a quick rally may be due. The chart pattern is approximately $800 in height so the resulting rally could be of the same size.

Price has also broken past the neckline to show that bullish momentum is returning. However, this could hit a strong barrier at the 61.8% Fibonacci retracement level on the latest swing high and low.

Note that bitcoin has recently broken below a rising trend lien that’s been holding since the start of February. It has also fallen below a longer-term double top neckline, which hints at a prolonged selloff. Price is actually testing this broken neckline that lines up with the 38.2% Fib level.

The 100 SMA is above the longer-term 200 SMA on this time frame so the path of least resistance is to the upside. However, the gap is narrowing to signal a potential reversal and return in bearish momentum.

Stochastic is on the move up to indicate that buyers have the upper hand, but the oscillator is closing in on overbought levels to show that bullish momentum is weakening. RSI has more room to climb so bulls could have enough energy in them.

Bitcoin has encountered some downside pressure on news that the SEC is requiring exchanges to register with them if they trade digital assets. This could discourage investors from trading bitcoin and the like as these transactions are supposedly anonymous.

Apart from that, news of Japan’s financial regulator shutting down a couple of small cryptocurrency exchanges also brought regulation jitters back to the industry. Still, bulls are trying to fight back as risk appetite appears to be returning to the markets.

Binary.com CEO: We Believe in the Future of Cryptocurrencies 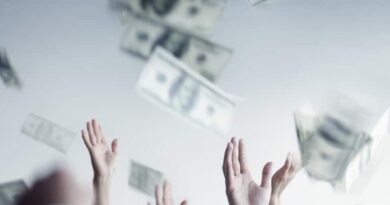