After maintaining a relatively healthy position for most of last week, bitcoin has fallen to a low mark of $7,900. This is a near $1,000 drop (seven percent) from where it stood just 48 hours ago.

The primary sentiment is that Twitter is responsible. The social media giant recently shocked the world by announcing that it would ultimately start banning cryptocurrency and ICO-related advertisements as early as tomorrow, March 27. The company had originally informed audiences of its goals about a week ago, but said that it would take time to decide on the best route. While the ban seemed inevitable, bitcoin enthusiasts figured they had a little time to kill before things took full effect.

But now, the reality has struck home. Twitter is officially following in the footsteps of Google and Facebook. Aside from cryptocurrencies and ICOs, executives claim they will also ban ads relating to digital wallet services and cryptocurrency exchanges. In other words, Twitter may become free of digital asset marketing permanently.

The company has had a relatively mixed reaction to cryptocurrency. On one hand, it has eliminated several profiles it claimed were impersonating public figures in the digital asset arena, the most notable being Vitalik Buterin – the brains behind Ethereum.

On the other hand, CEO Jack Dorsey has been very complimentary of bitcoin, saying it will govern the financial world within the next ten years and serve as the globe’s “single” currency.

It is certainly a fast maneuver, though it may not be the only reason behind bitcoin’s fall. Recently, President Donald Trump signed the controversial Cloud Act into law, which gives outside governments access to U.S.-based programs that could grant them further information on their citizens. The Act also allows U.S. regulators access to more data on citizens – allegedly for security reasons – and one source claims the drop is in reaction to traders’ views on the new bill.

The same source predicts that bitcoin could likely hit a new low of $7,300 this week. Should the currency rise, it may experience resistance levels at $8,200 – about $700 less than where it stood last week.

Despite the news, some remain bullish. Our previous article mentioned that chairman and founder of LDJ Capital David Drake felt bitcoin was going to strike it big and hit the $30,000 mark by the end of the year. Following the price drop and Twitter’s announcement, he is sticking to his original words, but he does not appear alone in his sentiment.

CEO of crypto investment service CoinIRA Trevor Gerszt explains that larger cryptocurrency communities and businesses are likely to be immune to Twitter’s influences, and shouldn’t experience drops in business or future expansion.

In addition, Kyle Forkey – founder of blockchain consulting group Ethmint – states the Twitter ban is a good thing for the crypto world, as it relieves legitimate users and enterprises of “scammer” activity and those that would use digital assets to commit fraud. He predicts the move could bring further strength to bitcoin’s price, and assist it in what feels like its eternal rise to greatness. 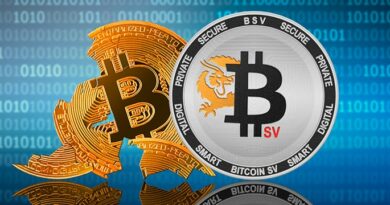 If Bitcoin was a family plan

Bitcoin, Ethereum and Cryptocurrencies for Beginners

The Cardano Foundation will preserve its independence, says new CEO