After a relatively unsteady week, there’s not much to report on bitcoin’s price. At press time, the currency seems to be standing firm at $8,600 – a figure it reached just 24 hours ago.

Recent news stemming from Japan likely contributed to a four or five percent drop in bitcoin’s price during the early morning hours, though it appears the currency has recovered. Japanese regulators have issued an official warning to executives of Binance, one of the largest and most popular cryptocurrency exchanges in operation. The company largely works out of Hong Kong, but also does business in Japan.

Earlier today, financial authorities slammed Binance for allegedly operating in Japan without appropriate registration, and warned the company that if they didn’t comply with national law, they would face a potential suspension or shutdown. Binance has since announced that it is not being “shut down;” it is telling customers not to worry, and that they are working with Japan’s FSA to resolve the issue.

The good news is that some sources remain bullish on bitcoin’s price. Though it may be standing still for the time being, analysts predict a series of small, yet noticeable bull-runs, followed by a larger one that could last a solid few days. Advocates and traders are advised to keep their eyes open next week for a possible spike to $9,000. Right now, the primary goal appears to be breaking $8,800. Once this occurs, a bull-run series could easily be witnessed.

Interestingly, bitcoin has endured an up-and-down week, though in the long run, the coin has endured more highs than lows. In looking at recent news, this may be hard to believe at first glance, but considering bitcoin’s previous low of roughly $7,400 just last week, a $1,200 spike is looked at upon as a positive event, though there’s still plenty of room for improvement.

Some sources say one of the biggest influences on the price jump may have been John Oliver’s mention of cryptocurrency during a March 11 episode of “Last Week Tonight.” Throughout the show, host Oliver made references to the “crypto mania” attacking the U.S. He commented on the speculative and volatile nature of cryptocurrencies, and the overall sentiment appeared to be one of negativity. Audiences were practically warned to stay away.

Yet from out of the ashes appeared bitcoin’s price, which has allegedly risen since crypto’s mention on the program. It appears the motives of the episode may have had a reverse effect; in mentioning digital currency, some audience members were likely introduced to the concept for the first time, and not wanting to lose out, chose to get in the game.

One specific asset, Eos, seems to be at the center of all the hype. Eos was especially criticized by Oliver, but the currency’s price has jumped nearly 35 percent since the episode aired. Investors ultimately bet on further “user adoption,” and Eos is now enjoying the world of double-digits.

In addition, the currency has garnered widespread popularity in South Korea, which accounts for nearly half of the world’s Eos trading. The U.S. is looking to follow in the country’s “investing footsteps,” and we’re likely to see it rise further amongst the globe’s top ten cryptocurrencies. 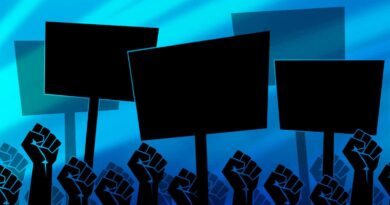 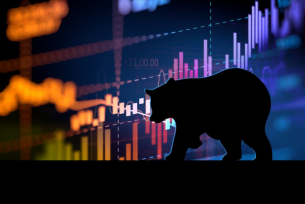 Robinhood Stock Price Down 31% In the Past Month, Should’ve Listed Shiba Inu