One of the world’s largest cryptocurrency exchanges has issued a statement regarding the recently launched “El Petro” (PTR) – a digital currency supposedly backed by Venezuela’s crude oil reserves. Bitfinex are refusing to list the planet’s first ever state-issued cryptocurrency.

The reasons cited in the blog post from Bitfinex that was published earlier today are two fold. Firstly, the company declared that the digital currency offers “limited utility”. However, given the lengthy list of altcoins that also seem to serve little to no purpose on the exchange, it’s much more likely that it was the second cited reason that has influenced Bitfinex’s ultimate decision. The post read:

“In addition, it [listing the Petro] could be construed as an attempt to circumvent legitimate sanctions against the GOV.”

Bitfinex are referring to the March 18th directive from the US government. It states that US persons are not eligible to deal with the newly issued Petro in any manner. The notice extends to financing the state-owned oil company (PdVSA) and the Central Bank of Venezuela. It also states that any future tokens issued by the aforementioned entities will also be covered by the directive.

Bitfinex continue, stating that all similar tokens that appear to contravene US sanctions will also be excluded from the platform. Finally, the blog post says that all employees of the company are also prohibited in dealing with the PTR or similar tokens “effective immediately.”

The news from Bitfinex follows the recent investigative work by Time magazine that links the Petro to the Russian government. According to the publication, there is a large bank of evidence to suggest that the Venezuelan-issued digital currency was to serve as a Russian experiment in sanction dodging. Time allege that Russia have been interested in using cryptocurrency to circumvent international sanctions but rather than launch one themselves, they decided to test the idea in a nation with very little to lose. Being as Venezuela’s economy has already been desecrated, the Latin American state provides a suitable test bed for the idea of state-issued digital currencies.

The Petro itself was launched on February 20. It is the world’s first state-issued digital currency. According to the Venezuelan government, its value is tied directly to the nation’s vast oil reserves. A local news source report that it has already attracted over $5 billion in pre-sale investments and those wishing to obtain PTR tokens can pay for them using Chinese yuan, Turkish lira, euros, Russian roubles, as well as Bitcoin, Ether, or Litecoin. There are also plans to open domestic and international exchanges soon. 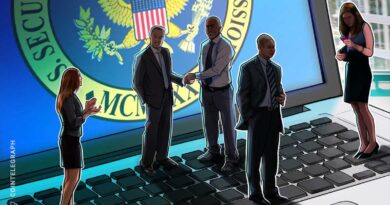 SEC commissioner Elad Roisman will leave by end of January