Bitgrail has denied responsibility for the recent hack that saw the theft of 17 million XRB, or Nano, in comments made in a Telegram group for victims of the hack. Despite rejecting responsibility for the incident, the exchange states that it will “voluntarily” refund users through the creation and issuance of BGS tokens. A document prepared by the operator of Bitgrail, Francesco “The Bomber” Firano, has been the subject of widespread reporting, following its dissemination to members of a Telegram group comprised of victims of Bitgrail’s hack.

A translated summary of the document has been made available by the Telegram group, as Mr. Firano apparently “did not want […] the whole doc[ument]” shared. The release of the translated document was approved by Mr. Firano.

The summary states that Bitgrail “plans [to] reopen soon,” adding that the date on which it will re-launch “will be announced soon.” The document also asserts that Bitgrail “still sees themselves as not responsible for the theft and therefore they believe they have no obligation to refund stolen coins”. Bitgrail states that “on reopen […] all non-nano funds will be available and withdrawable, nano balance will be set to 20% of what it was before.” In order to repay the remaining 80% of nano balances, Bitgrail states that it will “voluntarily” introduce a new token called BGS (Bitgrail Shares), which will be distributed to victims of the hack. Bitgrail claims that it will then purchase back the BGS tokens at a rate of “$10.50 USD” per token, with purchases set to take place at the end of each month. The summary states that Bitgrail will use half of its monthly profits to conduct the purchases.

Participation in the company’s “voluntar[y]” refund comes with a stipulation, however, as customers of the “platform after reopen will [be] requir[ed] to sign a “waiver of all rights for legal action.” Bitgrail has been subject to accusations that the hack it experienced may have comprised an inside job. The tiny Italian cryptocurrency exchange apparently existed for the primary purpose of facilitating the trading of Nano, formerly Railbocks, which languished in relative obscurity before making gains of 17,500% at the end of 2017.

Critics of Bitgrail have pointed to persistent difficulties reported by users of the small exchange in attempting to withdraw funds during the period leading up to the hack, with many suggesting that Bitgrail’s hack may have been a cover for an exit scam.

The Nano team have sought to distance themselves from Bitgrail and Mr. Firano, last month stating “We now have sufficient reason to believe that Firano has been misleading the Nano Core Team and the community regarding the solvency of the BitGrail exchange for a significant period of time.”

What is your response to Bitgrail’s proposed creation and issuance of BGS tokens? Share your thoughts in the comments section below!

How To Find The Best Bitcoin Casinos 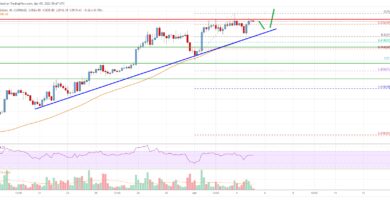