Bitcoin mining giant Bitmain is experiencing turmoil inside its management after the company sent out an email to all staff announcing co-founder and executive director Micree Ketuan Zhan is ousted.

Jihan Wu, another co-founder of Bitmain and now chairman of the board, sent an email with a subject “important notice” to all staff around Tuesday noon Beijing time, saying:

“Bitmain’s co-founder, chairman, legal representative and executive director Jihan Wu has decided to dismiss all roles of Ketuan Zhan, effective immediately. Any Bitmain staff shall no longer take any direction from Zhan, or participate in any meeting organized by Zhan. Bitmain may, based on the situation, consider terminating employment contracts of those who violate this note.”

One Bitmain staffer confirmed to CoinDesk under anonymity the authenticity of the internal email that CoinDesk obtained, and said it is like the version 2.0 of Dec 17, referring to Bitmain’s major layoff in late 2018. Another source close to the company said Bitmain is currently having an urgent all-hands meeting.

A Bitmain spokesperson said the company has no comment on this at the moment.

The email follows news on Tuesday morning that Bitmain has changed its corporate structure in the registration filing with government agencies. Based on new update, after the change, Wu has taken over the roles of executive director and legal representative of Bitmain from Zhan.

It’s not clear how Bitmain’s board reached the abrupt decision or if Zhan was bought out of his shares. As of September last year when Bitmain filed the IPO application, Zhan was still a major shareholder of Bitmain with 36 percent of Bitmain’s holding company while Wu owned 20 percent.

Both Wu and Zhan served as co-CEO of Bitmain and stepped down from the role in March this year after its IPO failed. 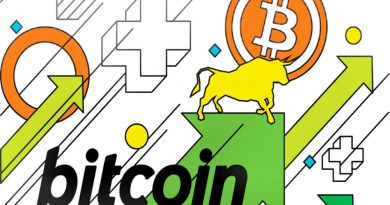 Is There Such a Thing as a Bullish Rate Hike?