Bitnation has been one of those blockchain projects which most people have been quite excited about. It offers the promise of blockchain jurisdiction on a global scale, and the mobile applications are finally hitting the market as we speak. This is a good time to gauge whether or not they will propel this network to new heights in the coming weeks and months.

Bitnation Enters the Next Stage

It has been coming for quite some time now, but Bitnation seems to be entering the next stage of its development. Building a project focused on blockchain governance is not easy by any means. It has taken the team three years and required pilot projects, research, engineering, and sheer determination to make this project hit its stride.

With an application for both Android and iOS now live on the respective app stores, the Bitnation blockchain jurisdiction app is quite an interesting development. It is also an important milestone for the project. Over the past few years, over 500 virtual nations have been created through Bitnation, and the initial interest in this application has been quite impressive as well. With over 15,000 people signing up in advance, things are certainly looking up for this project.

What makes this mobile app so interesting is that it allows users to create, join, and leave Decentralized Borderless Voluntary Nations. There is also functionality to use the built-in wallet, as well as set up personalized profiles. It is an important first step for this ambitious project, although there will be quite a few updates yet to come in the next few months and years.

Speaking of updates, future versions of Bitnation’s app are set to include the creation of smart contracts, dispute arbitration, and the introduction of an AI-driven reputation system. Bitnation is slowly hitting its stride in this regard, although it will take a while until sovereign jurisdictions on the blockchain becomes a trend. Given the interest by thousands of people around the world in seeing the project succeed, the app release is certainly a step in the right direction.

Over 2 Billion people, mostly in developing and transitional economies, are engaged in the unregulated economy. More than 10 million people are refugees or stateless, and are systematically denied access to governance services. By 2025 more than 1 Billion people will be working globally, between nation state jurisdictions. Pangea allows these users to create voluntary communities, gain legal protection, make business agreements, and access governance services direct from their mobile phones.

Though there’s no official release date for the desktop app, the official communication indicates it will launch “later this year”. It will be quite interesting to see how the masses respond to these blockchain jurisdiction apps, as they will certainly introduce a lot of interesting opportunities moving forward.

BITCOIN PRICE IS BACK? Cryptocurrency News Update – Banks Are Bullish on Cryptos? 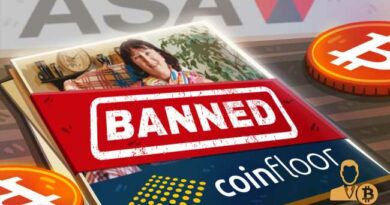