It is famously known that what makes cryptocurrencies and blockchain being very supported by many tech and financial experts is the level of privacy with no inference and decentralization it enjoys.

However, Bitmain – the BTC mining hardware giant declared that it is designing and planning to establish a private Central Bank that is backed up by blockchain tech – Announced March 7.

Jihan Wu – Co-founder of Bitmain, during a DC blockchain Summit hosted by Georgetown University’s Centre for Financial Markets and Policy and Chamber of Digital Commerce, highlighted that the firm is drawing out plans and wants to support around 20-30 startups that would fill the gap needed between the cryptocurrency world and Central banks for Fiat.

According to Jihan Wu, clients and consumers will find more convenient user-experiences at the Private Central Bank that would be different from federal Reserve.

He further stated that Bitmain is interested in establishing Private Central Banks that would be responsible for issuing private currency as a service which will be carried out legally with the help of Blockchain Technology.

“We at Bitmain are very interested in private central bank startups that are going to use blockchain technology to issue private currencies and set it as a service, in a legal way. We would like to invest in 20 to 30 startups whose efforts are focused on this unique emerging economy”.

The motivation to take the approach as bolded out by the co-founder, was found by keeping in mind that a central bank clearly is a very profitable business.

Towards the long-run, the firm wants to continue expanding and reaching towards countries like Canada and more. He also stressed the fact that he doesn’t believe that the Cryptocurrency market would consolidate around a few coins due to the rise in demand for digital currencies.

“The fact is that Bitcoin is declining and we can see that lots of other cryptocurrencies like ethereum and dash grow very fast, and you just cannot explain if you think the theory is right that the market will consolidate,” He said. 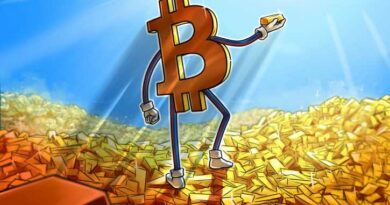