Famed cryptocurrency podcaster Robby Schwerner, better known by his followers as “Crypto Robby“, was hosted recently on the Crypto Curious Podcast, where he shared his views on the unfolding potential of blockchain as a disruptive technology that will usher in the next era of global technological revolution.

The passionate blockchain advocate also serves as an advisor to Hada DBank, a Malaysian-based blockchain start up that is working to build the world‘s first digital bank fusing blockchain features of transparency with fair Islamic financial principles of risk mitigation and responsibility sharing.

A technology not fully understood

While the Internet, along with its treasure troves of books, videos and articles on blockchain, the mainstream interest in cryptocurrency revived podcasting as a niche of information sharing.

With so many podcast channels proliferating information with interviews and dissemination sessions, it is one channel that followers can rely on for relevant and insightful blockchain information.

Schwertner, who founded the HackerTracker initiative that monitors and maintains security of blockchain projects, told James and Jeremy – hosts of the Crypto Curious Podcast – shared his own introduction to crypto, via his discovery four years ago of the Bitcoin whitepaper published by Satoshi Nakamoto.

Having been educated in energy and real estate, Schwertner’s first impression of the blockchain was that it was an architectural structure of buildings. Of course, this was not the case. Curious to learn more, Crypto Robby began voraciously reading up and thus began his passion for all things blockchain.

He puts forth the simplest, yet most astounding aspect of blockchain as a groundbreaking piece of technology that allowed people to directly and securely send money and other items of value without the need for an intermediary.

As proposed by the Bitcoin whitepaper, the fact that double spending was no longer possible was also an amazing innovation: value transfer was actual, verifiable and never on credit.

That cryptographic security enclosed cryptocurrency meant also that the blockchain was virtually impossible and financially unfeasible to hack.

Prodded for his opinion on banks versus blockchain, Robby sat on the sidelines, pointing to an encounter with banking executives several years ago where he told them that some banks were concerned about blockchain’s impact on their business, while others were actively looking to integrate and implement its features on their systems. He advised banks not to resist the impending era of blockchain:

”The blockchain is not going anywhere, so adapt and shift your business focus.”

When asked to comment on the fraud and mismanagement seemingly rife in the industry, Robby said that technology was not to blame, with fraud a “moral hazard” faced by any industry. He also said that cryptocurrency’s volatility should not be feared, pointing out that even traditional fiat money has had its fair share of volatility with recent examples of hyperinflation in Venezuela bringing down an entire national economy.

More than its technological innovations, Robby’s ultimate motivation behind blockchain is what he calls “#ReturnOnSociety“, believing that the advent of blockchain would also bring about the redistribution of wealth back to society.

He pointed at projects such as Hada Dbank, which would open access to basic financial services to a huge unbanked population, for example, through its Limited Unbanked Account, that would allow customers to store, send and receive funds in a bank account, without the hurdles of interest and service fees.

Robby urged an approach of education, advising that:

“We need to be curious to discover the chances of blockchain technology and embrace it.”

The full podcast by Crypto Robby can be accessed here. Hada DBank’s token sale and crowd fund for its platform is now ongoing, with the first one million HADACoins sold at a rate of 4,000 HADACoin = 1 ETH.

To read more about Hada DBank, visit the website or read the whitepaper. The developers behind Hada DBank can be found on Twitter and Facebook, or directly on Telegram. 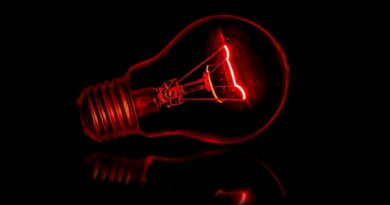 3 Months In Red, Why Bitcoin Is The Market's Best Performer