The G20 conference, which is happening at this moment in Buenos Aires, has produced a decision which will be interesting to the cryptocurrency world.

The attendant politicians have signed a document which indicates their intention to begin working on a solution to the issue of cryptocurrency tax, and that they will collaborate to this end.

The leaders’ declaration mentions the construction of an international system which will tax cross-border payments. This is important because it is not legal for a government to tax a foreign company which does not have a physical presence on that government’s territory, but there is evidence that this rule is being used to avoid tax, a tactic made possible by cryptocurrency, according to jiji.com, a Japanese news source.

The agreement also mentions money-laundering as executed with cryptocurrency as an area of interest for the politicians.

The declaration declares that all G20 countries are to work on some proposals, and discuss them further when they meet next year in Japan. Reportedly, they intend to have a final version by the year 2020.

A number of countries – France and Japan for example – have been calling for this discussion for a while.

In October, the G20’s advisory board reported that cryptocurrency is a developing threat the the world’s economic stability. The Financial Stability Board, as it is called, considers the institutionalisation of cryptocurrency to be a negative development because it could erode confidence in and the authority of financial institutions.

The G20 is a club where leaders of the 20 most powerful countries in the world meet to discuss pressing issues and have their photographs taken. The current president of the organisation is Mauricio Macri, President of Argentina. Next year the position will be taken by Shinzō Abe of Japan.

These conferences are often met with protests, as people vent their frustration at their countries’ figureheads; last year in Hamburg, protesters blocked roads and set cars alight. Argentina has assigned 22,000 police officers and 700 security guards to protect the conference, and has cordoned off a 12 kilometre radius around the venue.

At this year’s conference, the leaders are mostly discussing sustainable food, the developing trade war between China and the US, and the regulation of cryptocurrency. 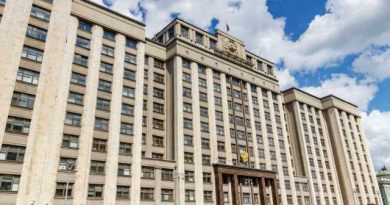