Cryptojacking is the word used to describe the malicious mining of cryptocurrencies on a computer, without consent. Essentially, the computer system is being hijacked by certain malware that allows hijackers to take over a portion of computing power in order to make money for themselves.

This warning issued by the British National Cyber Security Centre is part of a report that was issued by the UK government agency, which is the technological branch of the Government Communications Headquarters. This report released by the government agency highlighted several cyber activities which have been adversely affecting the businesses in the United Kingdom over the previous year.

Within this report, a whole section was completely dedicated to highlighting the issue of cryptojacking. If your computer is being used by malware from a website for the sake of mining cryptocurrencies, you will not really be able to tell. The only sign is that your computer will be experiencing a slight decrease in the efficiency with which it performs.

Cryptojacking As A Source Of Revenue

With every passing year, technology is improving on all fronts. This means that hackers and malware are also seeing progress. The National Cyber Security Centre believes that during the course of this year, the biggest potential problem is going to be more advanced techniques of cryptojacking by making use of websites.

Looking back at 2017, the number of incidents involving cryptojacking saw a huge rise. Over 50 percent of businesses worldwide had been having problems because of cryptojacking incidents. The February of this month saw over 4,000 different websites from all over the world mine cryptocurrencies from users with over six hundred of those websites being in the United Kingdom itself. This was done by making use of plug-ins that are installed by the visually impaired users.

The National Cyber Security Centre is of the opinion that most of the cryptojacking activity being done is by cyber criminals although websites are also making use of cryptojacking to create for themselves a steady source of revenue. With all of that being said and done, the use of the computational power of visitors to websites can be seen as a legitimate source of creating revenue if the permission is explicitly given. Such is the case with Salon, an online publication website that has expressly stated that mining cryptocurrencies is the only way they can make revenue in order to be capable of producing content consistently for their users.

The report by the National Cyber Security Centre has advised people to make use of ad blockers and antivirus software, capable of blocking mining malware as a preventative measure. 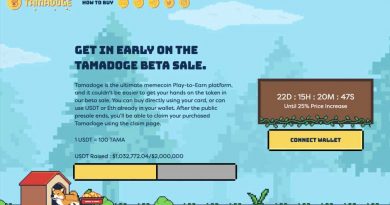