As the paradigm of currency repositions from the era of paper money and cards to the crypto age, find out how and where you can invest; an earn-as-you-learn approach with LiveTree’s Buy In – World’s first cryptocurrency company pitch TV show.

The world has been going gaga over the reasonably new blockchain technology and the crypto parlance. The razzmatazz around these subjects is well-deserved given the plethora of benefits that they offer the users. However, how often do we come across the application of cryptocurrencies and blockchains in the real world? Given the limited day-to-day application of the technology and its benefits, there’s an implied inadequacy of knowledge among people. Despite articles, blogs and video content to make the public aware of the new age money, the desired results fall short of the target.

One such application of this technology is the TV’s first game show based on blockchain; The Buy In. This one-of-a-kind game show, exclusively premiering on LiveTree’s online channel – BlossomTV, will showcase world’s best uses of blockchain technology and will enable you (as a viewer) to learn, invest and have a stake in this show. The game show will provide seven aspiring ICO teams in the field of blockchain, a platform to pitch their business ideas to a panel of experts. The teams will compete against each other to win the ultimate prize of 1 million Seed token, partially owned by the audience. Spanned over five weeks, one team will be eliminated each week after being reviewed by an expert panel.

So, the initiative will not only entertain and educate you but also give you a chance to earn from the winning team- own what you watch!

Apart from you, the panel consists of industry leaders and global experts who will eliminate the losing teams each week and eventually declare a winner. Evan Luthra, Andreas Achleithner, Reuben Godfrey and Jeffrey A. Tucker are Buy In’s all-star cast of blockchain and crypto experts who will head the panel. Evan Luthra, serial entrepreneur believes that “If you plan to enter the market to compete on price or produce something a little better than the competition, you’re not building a game-changing company; you’re wasting your time.” Economics editor, Jeffery A Tucker highlights the social relevance of this technology as he aptly pens down “You need some technology that compels social assent to what you regard as owned property.” The brilliance and insightfulness of this panel will help select the best winning team with tremendous scope to earn big bucks while delivering the numerous social benefits of technology.

With LiveTree as the parent, Buy In can be expected to live up to be one of the most thrilling game shows. LiveTree has proven its mark over the last two years by capturing five percent of the UK crowdfunding market (in the film and content category). It has also forged partnerships with several leading names in entertainment, including the British Film Institute Future Film, the Screen Arts Institute, Red Rock Entertainment and 20 independent organizations. A revolution in the entertainment industry, the organization is the future of creativity and talent.

With the clock ticking, adrenaline rushing and a brilliant business idea weeks away for you to invest in and earn from, Buy In is offering something that no other game show ever did. For the first time, you can have a stake in what you watch. You can ask questions, give comments, invest and even define the challenge that each ICO must complete in different rounds. With the enormous power that it places in your hand, Buy In also has a much far-reaching benefit. The show with its unique structure and delivery has the potential to educate millions about the future of technology. So, binge-watching will soon mean binge learning, isn’t that great? Buy In also has the potential to encourage brilliant minds to put their entrepreneurial spirits to work and create a business that can reap the benefits of this revolutionary technology. With such benefits at the surface, there’s also an intrinsic advantage of the game show; it creates a massive demand for LiveTree’s Seed token, making it more promising!

That’s not the only time when the Seed token earns for you. Every time the Buy In is watched on Blossom TV, and when it gets sold to a traditional TV broadcast channel, the Seed token will earn for you. Don’t keep waiting for the best ICO any longer, just stay tuned to Buy In and invest in the winning team’s ICO. The show will set your heart racing with real businesses, real investments, and real returns.

Check out the complete breakdown of The Buy In here.

The Seed sale ends on March 17, 2018, hurry up and don’t miss this opportunity. Visit LiveTree ADEPT to participate in the Token Sale. 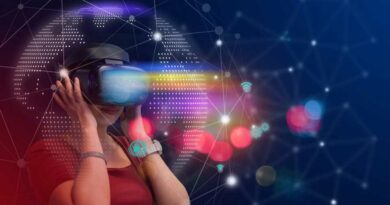 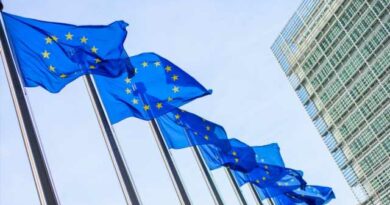