The Canadian financial regulator in the province of New Brunswick issued a warning, warning citizens against investing in the "illegal" scheme of Bitcoin-bank.

In a statement issued by the Commission for Financial and Consumer Services (FCSC), the authorities warn the residents of the province from Bitcoin-bank, which, according to the website, promises daily income from deposits using the BTCB token.

According to the Commission, the crypto bank does not have the right to conduct trading in securities and derivatives, as it has not registered in the region. Thus, the activity of the enterprise on the territory of New Brunswick is considered illegal.

In addition, during the investigation it was found out that the address indicated on the Bitcoin-bank website is forged. Some of the information disseminated by the promoters was also found to be fictitious.

Thus, most of the photos and personal data posted in the profiles of employees on the website were taken from outside sources.

At present, it is not known whether the department is going to take legal measures against Bitcoin-bank, Coindesk reports.

Earlier, the Coinsquare exchanger, in cooperation with Payment Processing Service.com, said that it would soon be possible in Canada crypto-currency payments using credit cards. 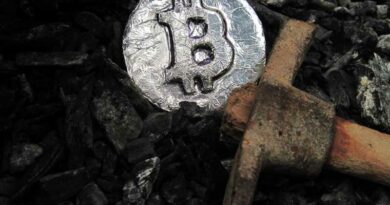 While Blockchain Exploded in 2017, Has it Grown Up?