Home » Crypto » Cannabis Publication Will Be Launched on Blockchain Platform

A trade publication which is dedicated to marijuana industry coverage, Cannabis Wire, has announced that it will launch a newsroom on Civil, a blockchain-based journalism platform.

According to Civil, the newsroom for Cannabis Wire will be focused on providing various types of content for both individual consumers and larger organizations such as farms, lobbyists and lawmakers.

“We’re promoting a more objective standard for responsibly covering the cannabis industry. Many people don’t realize the scope of it today, and the myriad ways it can affect them,” said co-founder of Cannabis Wire, Alyson Martin.

Civil endorses a system that can motivate Cannabis Wire’s newsroom staff to spread quality journalism by distributing the content over its blockchain platform. The content will be paid by readers with cryptocurrency, and the system goes past the need for advertisers and circumvents political influence.

Using Civil’s ERC-20 “CVL” token the newsrooms will be self-governed by community members. Additionally, the platform has its archives tamper-proofed, since their content is kept on a distributed ledger.

Civil’s decentralized newsroom received in October 2017, $5 million worth of funds from blockchain development firm ConsenSys. Civil reportedly said at the time that over half of the raised funds will go into the development of their services.

While still in its developmental stages and momentarily lacking any notable mentions of the newsroom’s operations, Civil has developed contracts with at least five publications, including Cannabis Wire, according to Civil’s website. 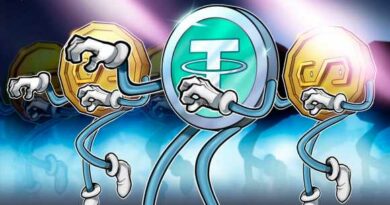