A proposed cryptocurrency self-regulatory organization (SRO) put forward by Gemini founders Cameron and Tyler Winklevoss has won support from a key government advocate on the issue.

CFTC Commissioner Brian Quintenz has consistently advocated for the creation of a crypto SRO, calling for such a move during last week’s keynote at the DC Blockchain Summit in Washington, D.C.

In a statement released on Tuesday, he congratulated the Winklevosses on their “thoughtful approach” to the area, going on to say:

“Ultimately, a virtual commodity SRO that has the most independence from its membership, the most diversity of views, and the strongest ability to discover, reveal, and punish wrongdoing will add the most integrity to these markets. I encourage Gemini (or any other market participant, advocacy group, platform, or firm) to be aggressive in promoting these qualities within any SRO construct.”

As detailed in a new blog post, Gemini’s proposed “Virtual Commodity Association” would function as a non-profit, independent organization to be governed by a board of directors. It would “not provide regulatory programs for security tokens or security token platforms” or function as a trade organization. The Winklevosses wrote that the group would be modeled in part after the National Futures Association, an SRO focused on the derivatives industry.

“We believe adding an additional layer of oversight on virtual commodity cash markets, in the form of self-regulation, is important for consumer protection and to ensure the integrity of these markets,” they wrote.

Membership will be open to “virtual commodity platforms” and over-the-counter (OTC) trading firms, in addition to “other trading facilities acting as counterparties” which provide an “all-to-all platform or venue, available to U.S. participants, for transacting in the spot virtual commodity markets,” among other types of businesses that service the space.

“We believe a thoughtful SRO framework that provides a virtual commodity regulatory program for the virtual commodity industry is the next logical step in the maturation of this market,” the Winklevosses concluded. “We look forward to engaging with industry leaders participants, regulators, and legislators on this proposal.”

Image via Techcrunch Disrupt, by Max Morse for TechCrunch 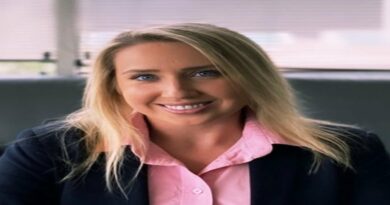